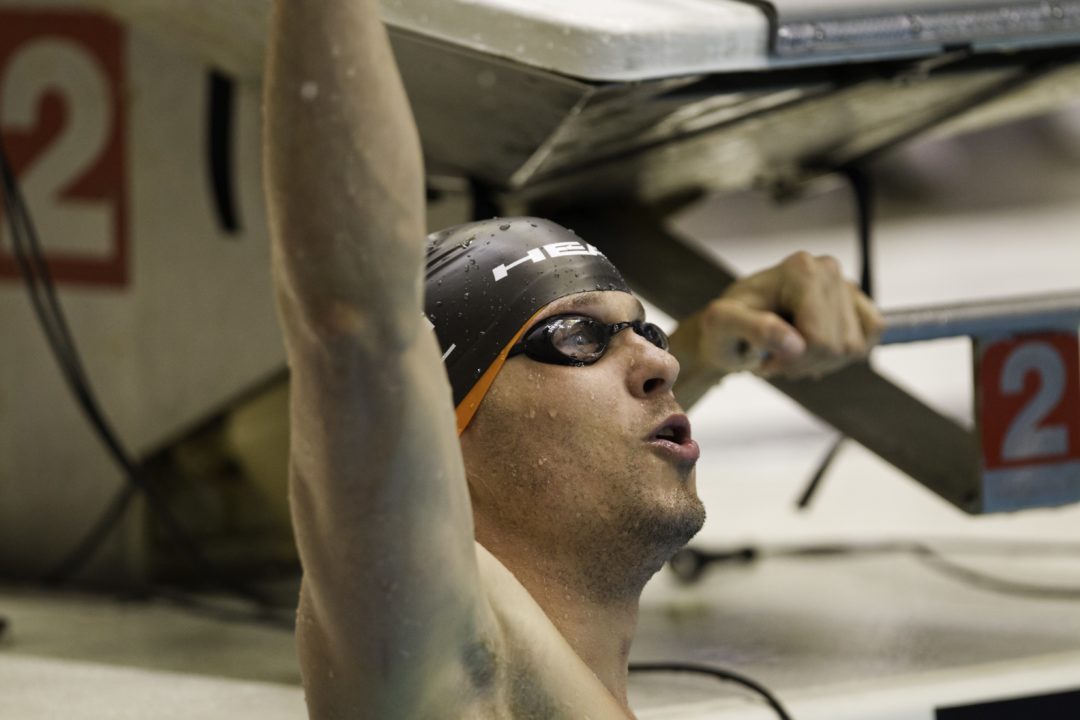 George Bovell breaks his Trinidad & Tobago 50 breaststroke record from 2013 in prelims before lowering it again to 27.69 in finals. Archive photo via Tim Binning/TheSwimPictures.com

The 31 year old is currently training in Italy and it is paying off. He qualified second in the men’s 5o breaststroke yesterday, breaking the Trinidad & Tobago national record with his time of 28.10. He set the previous record in 2013 at 28.22. Ioannis Karpouzlis of Greece earned the top seed in the event with his time of 27.36.

Later in finals, Bovell lowered his record again, breaking 28 for the first time with a 27.69. Karpouzlis wasn’t as fast as he was during prelims, but he did win the event with a final time of 27.61.

To view full results from the first day of the meet, click here.

Such an interesting career.

This excerpt from the link below explains why George was forced away from the IM for a while:

“On his return to Auburn after Athens, George suffered a serious injury in November, 2004 to his knee when he tore his Posterior Cruciate Ligament (PCL) which necessitated surgery.”

Yup, he has done the 100 IM in recent years though.