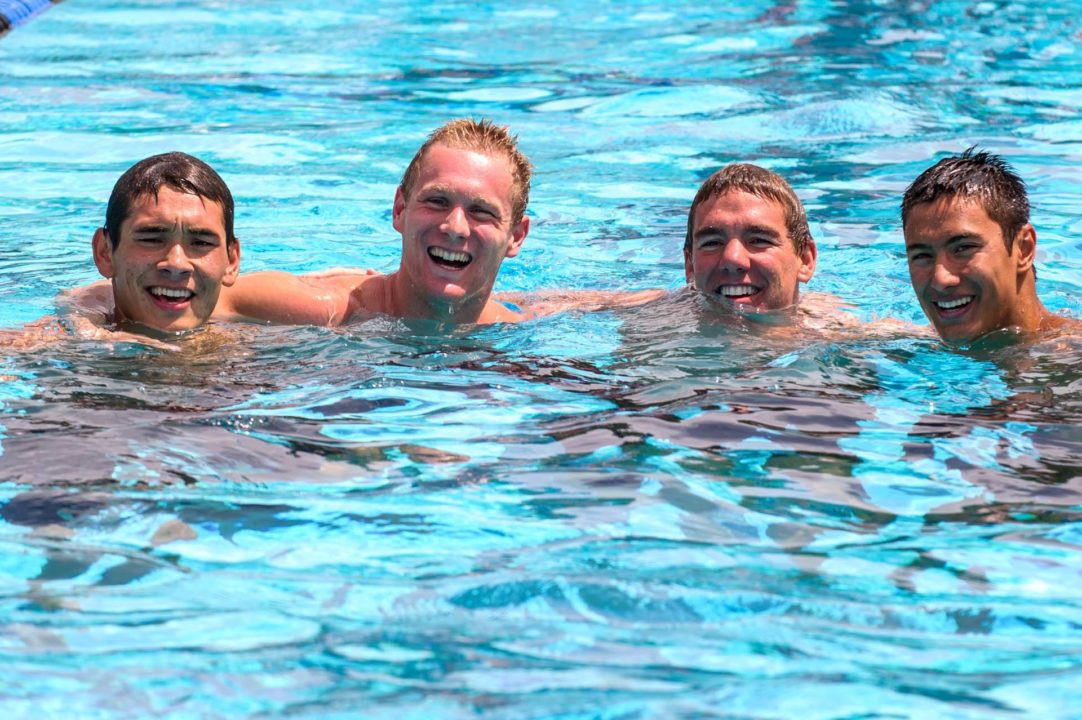 The Granada High School boys in California’s North Coast Section have broken the National Public High School Record in the 400 free relay, as they swam a 2:59.00 during Saturday’s section championships final.

That set of splits for Granada is really incredible for a public school program; often, teams that approach this three minute mark in high school have one absolute stud split, and a lot of really good ones. For Granada to break the barrier without anybody registering a 43 says volumes about the depth of swimming in the area.

Though they didn’t come away with the overall team battle, this record for Granada will be something the team can hang their hats on. All are seniors aside from Rooney, who is just a sophomore. These public school relay records are really a special thing, as those are the three events in which there’s a significant difference between the circumstance between public and independent high school records.

What an amazing race and accomplishment for these guys! We are so happy and proud of them. They believed and achieved! Looking forward to watching what they do in college.