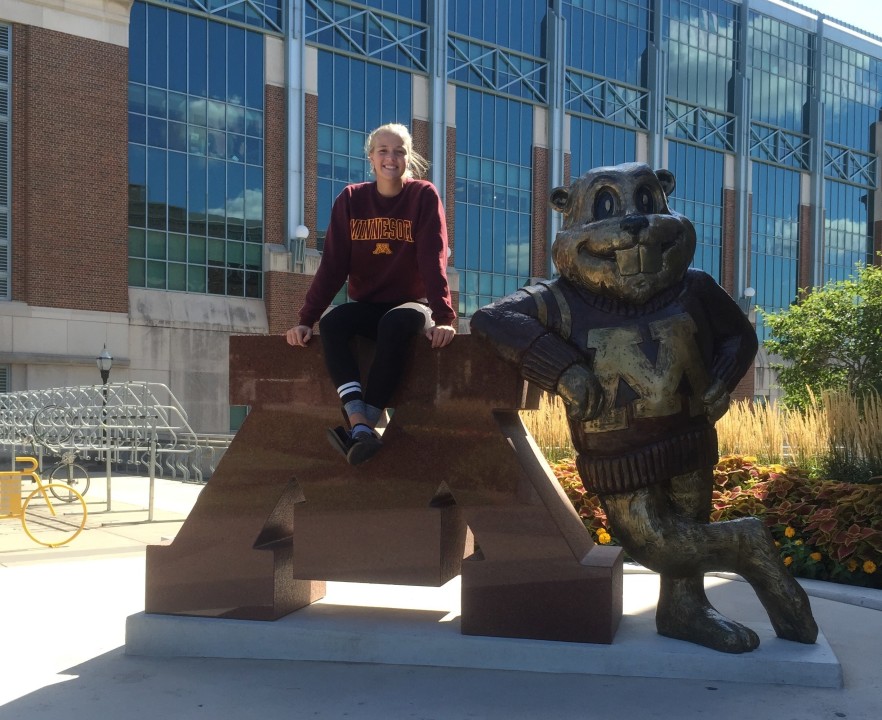 Mitchell Aquatic Club's Tevyn Waddell has given her verbal commitment to the University of Minnesota for 2016-17. Current photo via Tevyn Waddell

Mitchell, South Dakota native Tevyn Waddell has given her verbal commitment to the University of Minnesota for 2016-17. Waddell is a senior at Mitchell High School and swims for Mitchel Aquatic Club under coach Kyle Margheim. She is a 2016 Olympic Trials qualifier in both the 100m backstroke and 100m butterfly.

“Minnesota had everything I was looking from the academics to the team to the coaching staff. The environment felt like one I could grow not only as an athlete but as an overall student and person! I want to thank my current coach and my teammates for making this opportunity possible for me! Super excited to be a Golden Gopher!!”

Waddell adds strength in areas where Minnesota has lost some of its biggest point-scorers to graduation. Her top time in the 100 fly would have made the B final at 2015 B1G Championships, while her 100 back time, which also would have put her into a B final, would have been the lone scorer for the Golden Gophers. Minnesota has beefed up its roster in these events, however, with the addition of Zoe Avestruz, Chantal Nack, Erin Buck, Dani Bergeson, and other members of its enormous, and enormously talented, freshman class.

I love that you used “podia”.