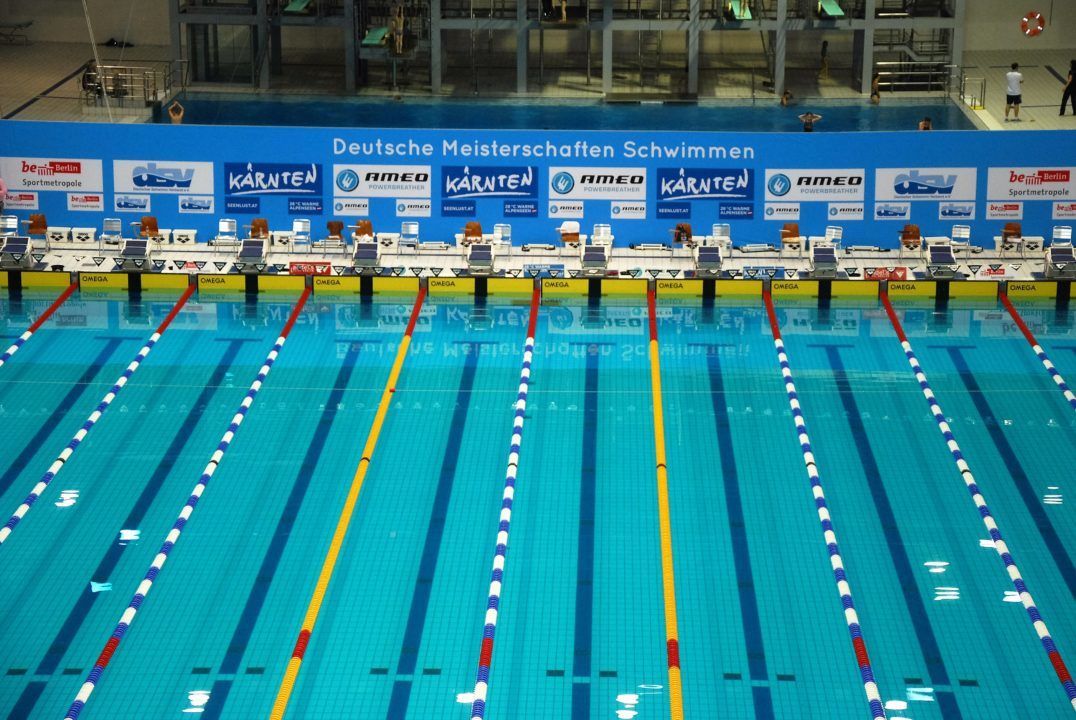 The nomination procedure in Germany for the last World Championships in Kazan and the Olympic Games 2016 was a little bit... Current photo via Daniela Kapser

The nomination procedure in Germany for the last World Championships in Kazan and the Olympic Games 2016 was a little bit complicated:

Before both Championships, the German National Championships (LC) were the first part of a two-step nomination procedure –  for the Olympic Games and the World Championships. The athletes had to swim defined times at National Championships in prelims and in finals. All swimmers who achieved the times have been part of the so called “long list” and informed German Head Coach Henning Lambertz in the period of one week after German Nationals in which meet they wanted to confirm the required second performance of the nomination process: at one of the three meets of the Mare Nostrum tour or the German Open. They could only have chosen ONE of these four possibilities. For these meets, other times have beeen set which were approximately 1,5 % slower than those at German nationals.

All swimmers who reached the times and had also finished first or second at the German National Championships have been qualified for Kazan/Rio – in the “old” system.

At the 2015 World Championships, this system promised to be successful – Marco Koch won a gold medal in the 200m breaststroke, Paul Biedermann grabbed a bronze medal in the 200m freestyle – and many German swimmers achieved best times in semifinals or finals. But when it really counts, at the 2016 Olympic Games, the German swimmers did not medal and also reached less best times and participations in finals. Just like four years ago at the Olympic Games in London.

All looked so well before the Rio games for the German swimmers, Franziska Hentke, Marco Koch and Paul Biedermann were in the world rankings among the fastest swimmers in 2016, but they weren’t able “to meet the expectations”.

After the Olympic Games, the German Swimming Federation (DSV) and German head coach Henning Lambertz, the swimmers and coaches had to suffer some harsh criticism.

At the end 2016, a new president of the German Swimming Federation (DSV)  was  elected, Gabi Dörries.

So it is kind of a fresh start into this World Championships season and Lambertz and his team worked out some new concepts.

In 2017, the German National Championships will take place from June 15th to 18th in Berlin –  exactly 5 weeks prior to the World Championships in Budapest, Hungary. This time, no second qualification is needed, but Lambertz said that the qualification times will be very strict and only swimmers who would have a chance to make a final in Budapest will be on the team – he sees a small German team heading to Budapest.

Also Swimming Australia decided to follow the American model that trials for World Championships or Olympics are just about 5 weeks away from the main events – so that the swimmers are able to keep their race pace until they compete at the big championships.

German head coach Henning Lambertz also sees a chance for improvement in the athletic skills of the German swimmers – he developed with experts a “strength concept”  for swimmers of all perfomance levels.

The achievement of certain athletic abilities will be checked in the future and the swimmers and coaches will be obliged to carry out certain training measures.

At the moment, the German federal swimming centers also get a new structure – a detailed report will follow.