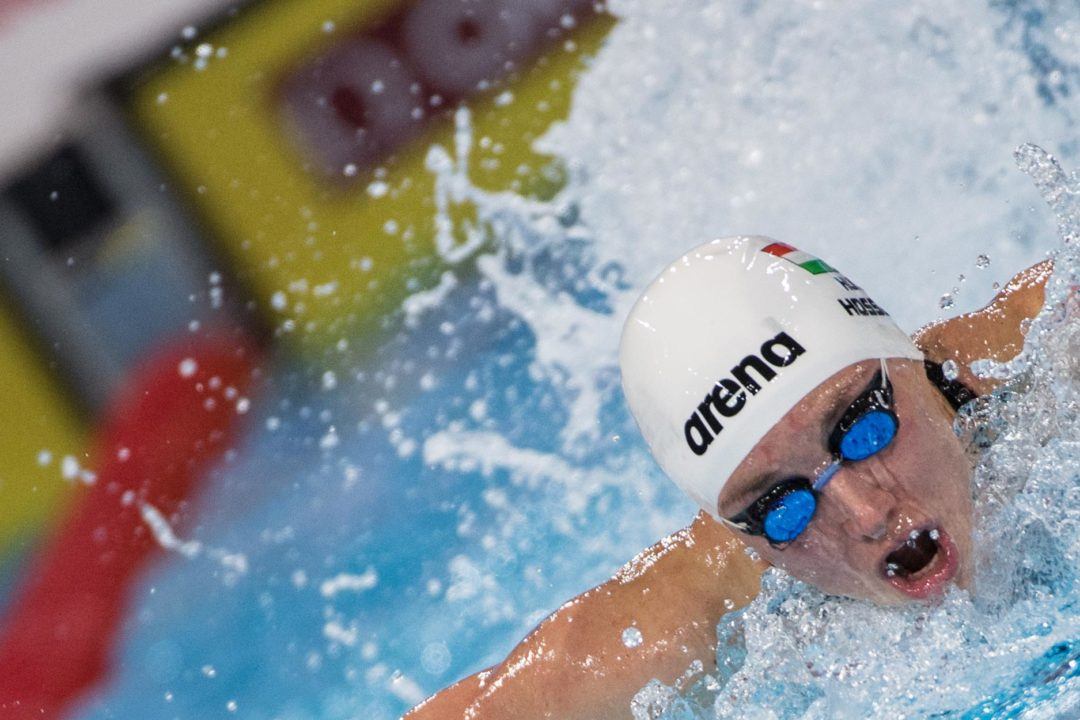 The 2017 Golden Tour kicked off with some quick sprinting in Nice today, as swimmers raced the men’s and women’s 50m breaststroke, 50m backstroke and 50m butterfly among the events today. French fans in attendance were thrilled with victories by 24-year-old home nation athlete Melanie Henique, who took two wins on the day beginning with the women’s 50m backstroke. Henique scored the sprint back win in a time of 28.84 over Hungary’s Katinka Hosszu, who touched just behind in 29.04 for silver. Henique later took the 50m butterfly, her premier event and one in which she holds her nation’s short course meters record. The French woman won in 26.70 to earn her 2nd victory.

Although Hosszu notched silver in the sprint backstroke, she earlier laid waste to the field in two other events. First in the women’s 800m freestyle, the #IronLady won by almost 10 seconds, clocking a time of 8:36.72. Her encore was an immediate return to the pool in the 400m IM, where she registered the only sub-4:50 result of the race, taking gold in 4:38.28.

French star Camille Lacourt made an appearance today, winning his bread and butter event, the men’s 50m backstroke. His time of 25.37 was enough to hold off teammate Benjamin Stasiulis, who settled for silver in 25.78.

Is it a good or bad news?

I wasn’t sure if I.SZIKI was sarcastic or proud or just provided us with additional information.
Thank you for clarification. So 1500 wasn’t in the same session with 800 and 400IM.

With so much racing in her athletic life, when and where does Katinka get in a full block of training?

She trains while she swims at meets.

Ok, my hat is off to her. Her training style isn’t for everyone but it works for her and that is all that matters. I can’t doubt her training methods with Olympic gold medals and world records. Superb performance.