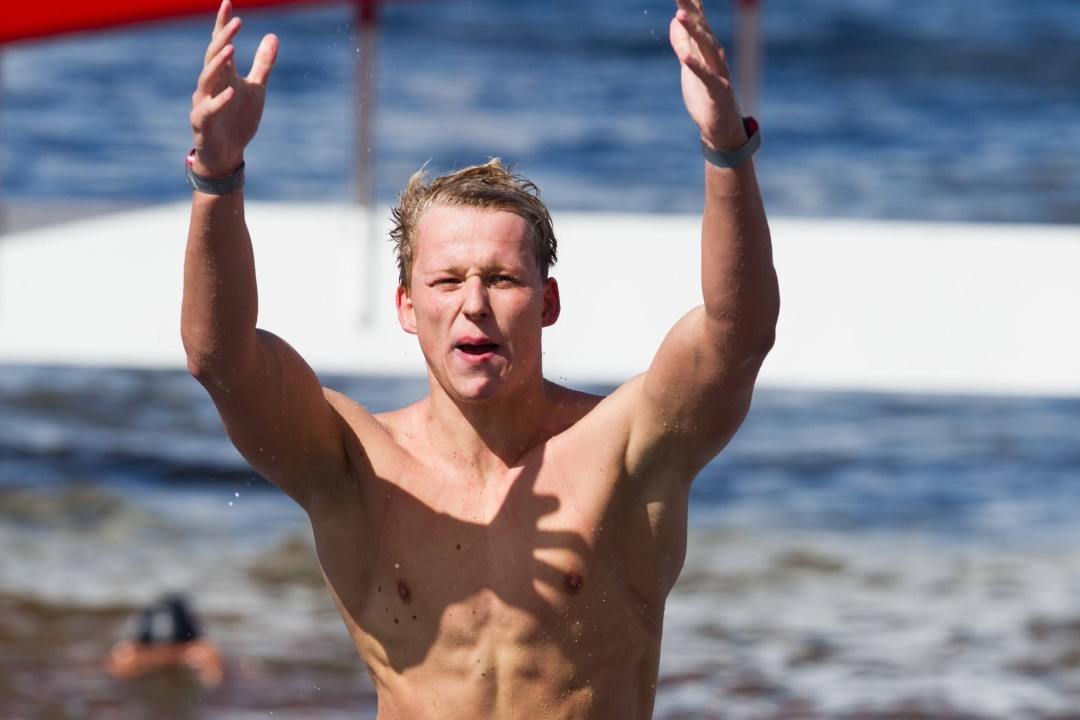 Germany took the gold in the mixed 5 km team event finishing 16 seconds ahead of the field.... Current photo via Tim Binning/TheSwimPictures.com

Reichert and Harle were both part of the German team that won gold at the 2013 World Championships.

The Brazilian and Dutch teams both finished in the same time of 55:31.2 with the Brazilian team coming away with the silver based on the judge’s decision.

The Brazilian team was made up of Diogo Villarinho, Ana Marcela Cunha and Allan Do Carmo.

Each team in the mixed 5 km team event consists of two men and one women, each of who swim the 5 km distance.

Subscribe
2 Comments
oldest
newest most voted
Inline Feedbacks
View all comments
THIS IS A SPORT?

Is it just me or is this “event” simply 3 times as boring as individual open water swimming? Yawn times 3!

Yes this is a real sport. Just like team time trials in cycling this is all about working as a team to get the last person across with the fastest time. Its actually somewhat disappointing to see a 3.5 second difference across the team means that the leading men may not have done enough work over the course of the race to allow for a great sprint by their female team mate. Or they left her too early giving her more distance to cover solo.