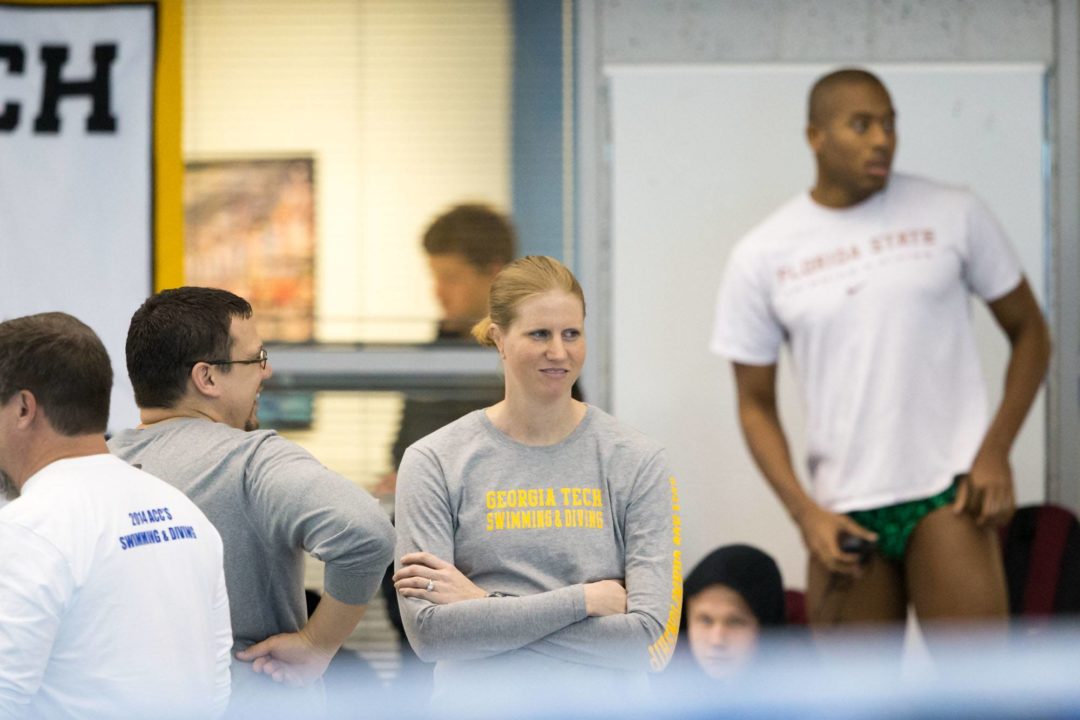 For Georgia Tech, there will be a huge exhale after Nico van Duijn swam a 1:43.00 in the 200 fly in prelims, which is more than a second faster than he was at ACC’s and is an NCAA Automatic Qualifying time. It also breaks Gal Nevo’s 2010 Georgia Tech School Record.

He had been ranked 35th in the country, and that swim moves him up to 13th.

The relief comes from the fact that Georgia Tech, with a Qualification Standard in the 800 free relay, has watched Andrew Kosic’s 50 free time slip out of qualification range, though his 100 for now is still ranked tied for 20th. Of course, the Yellow Jackets will still hope that he can improve this weekend and secure his invite as an individual as well, now the pressure is off because those relays are guaranteed a spot at the meet.

The other swimmer, though not quite as much of a certainty, has given himself a chance at an invite is North Carolina backstroker Patrick Myers, who was a 1:42.39 in the 200 back. That knocks about half-a-second off of the 1:42.91 that he went at ACC’s and improves him from 39th in the country to 26th in the country. With the cut line expected to fall somewhere in the 28-30 range, he’s in a good position, but the Pac-12 has yet to swim their 200 backs so Myers would do well to improve again in finals.

Among the swimmers who he’s so far ahead of who could jump him tonight include David Nolan, Kristian Kron, and Michael Sheppard, who have all been 1:42.4’s, as well as guys like Ellis Miller, Thane Maudslien, and Drew Cosgarea, all of whom are within a second of surpassing Myers.

That was the extend of the likely new qualifiers in prelims. Penn State’s John Hauser was a 43.69 in the 100 free, which is an improvement of six-tenths of a second. Ohio State’s Alex Miller matched his season best with a 4:20.70, and based on the way he backed-off at the end of the race is either an indicator that this is as good as he’s going to get, or he’s got the chance to drop in finals.

Michigan freshman Cameron Stitt swam a 15:03.51 in a time trial, though, which improves his NCAA entry by almost four seconds. That bumps him up to 27th, which gives him a small chance again with the Pac-12 yet to swim the race.