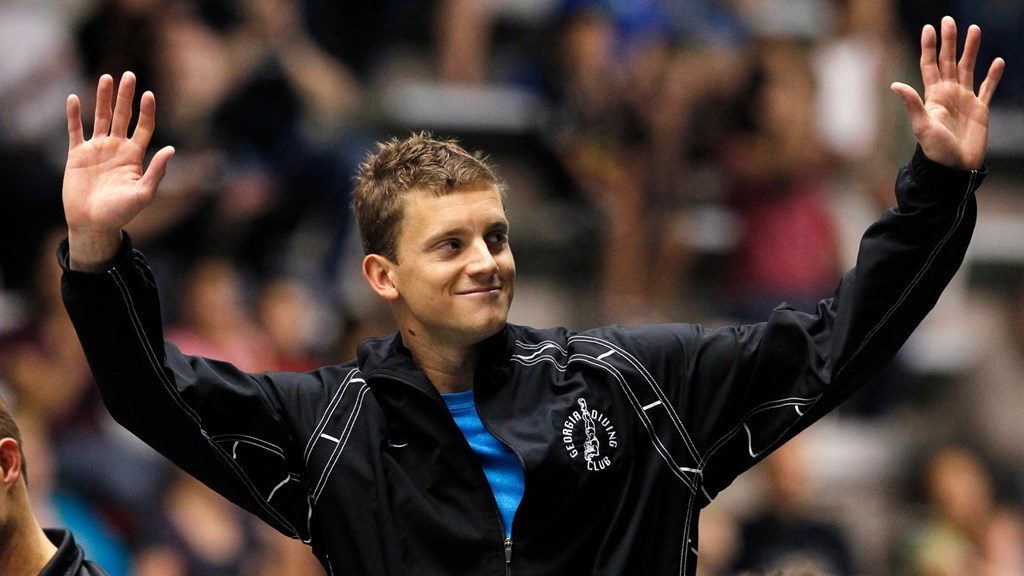 Colwill was a three-time SEC Diver of the Year and 2-time U.S. Olympian. Archive photo via Georgia Athletics

The man referred to as “the most accomplished diver in Georgia history” will return to the program next season – as its new head coach. Bulldog alumni Chris Colwill takes over for Dan Laak, who was announced in June as the new High Performance Director for USA Diving.

Colwill graduated from Georgia with a degree in Speech Communication in 2008 and was inducted into Georgia’s Circle of Honor earlier this year.

Cowill’s most recent coaching position was as a coach at the Brandon Sports and Aquatic Center in Brandon, Florida. He has also been working in business development for Colwill Engineering – a Florida-based engineering firm at which his father is the president.

Great hire for the Georgia dawgs!