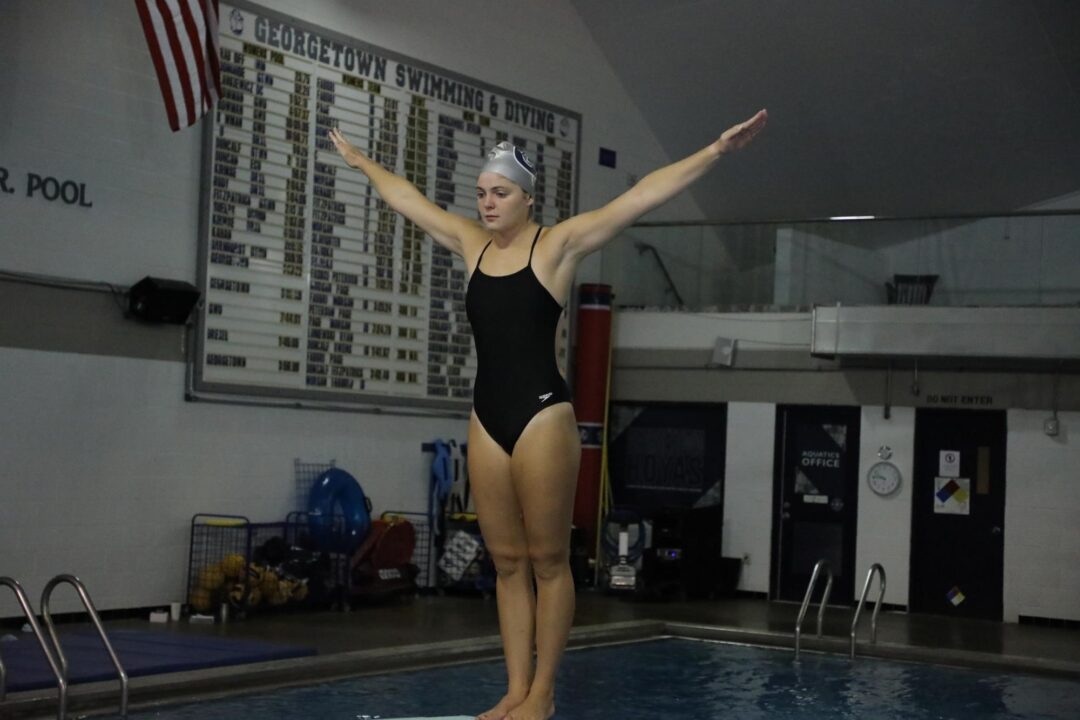 For a second straight meet, sophomore Mimi Watts won all four events in which she competed including three individual races for American University swimming & diving. The Eagles, who won a total of 12 events overall, celebrated seven seniors at the meet against Georgetown which was the last home dual meet for AU.

Georgetown University’s men’s and women’s swimming & diving teams swept American University on Friday at Reeves Aquatic Center in the first traditional format competitions for the Hoyas in 593 days since the 2020 BIG EAST Championships. The men’s squad topped the Eagles 129-119 while the women’s squad won 131-123.

“It was great to see our kids compete in their best events tonight,” Head Coach Jack Leavitt said. “We saw a lot of good signs for an early season meet and are looking forward to see what we can do tomorrow versus Howard.”

On Deck
The Hoyas remain in the District to face Howard at Burr Gymnasium Pool on Saturday.