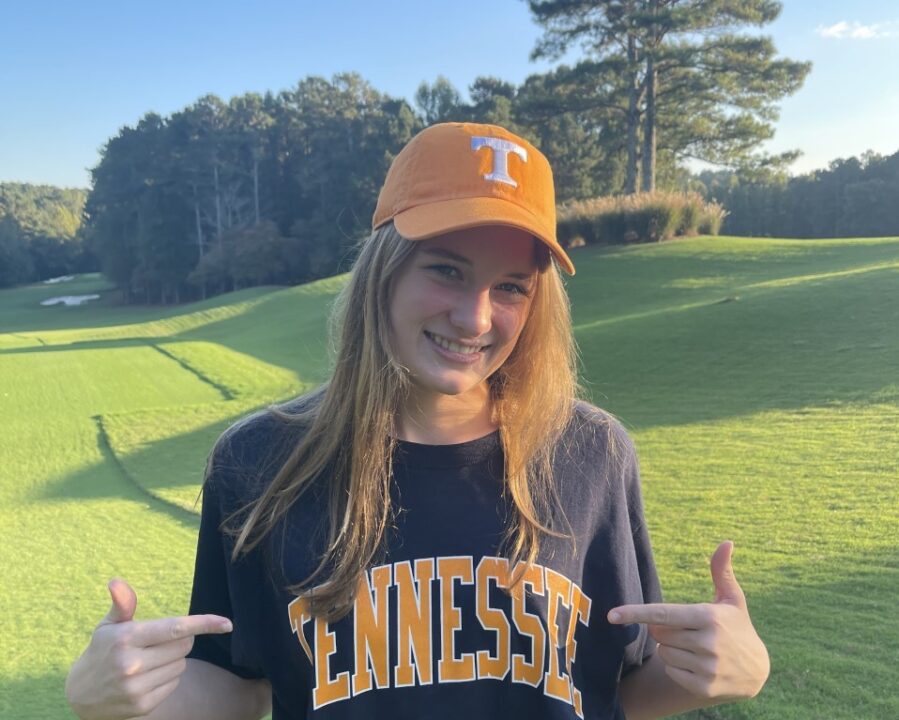 "Best of the Rest" backstroker Sophie Brison has made a verbal commitment to swim and study at the University of Tennessee in 2023-24. Current photo via Sophie Brison

Sophie Brison, who made the “Best of the Rest” section in our Way Too Early list of girls recruits from the high school class of 2023, has verbally committed to the University of Tennessee.

“I’m so excited to announce my commitment to swim and study at the University of Tennessee. I’d like to thank my parents, coaches, family, and friends, for getting me to this point. Go Vols!!! 🍊”

Brison does her year-round swimming with Dynamo Swim Club. She’s one of the top backstrokers in the class and had a big swim this summer at Olympic Trials Wave I when she dropped a full second and won the 200 back (2:13.21) final, punching her ticket to Wave II of Trials.

Have a feeling this is going to be another big class! Welcome to Rocky Top Sophie!