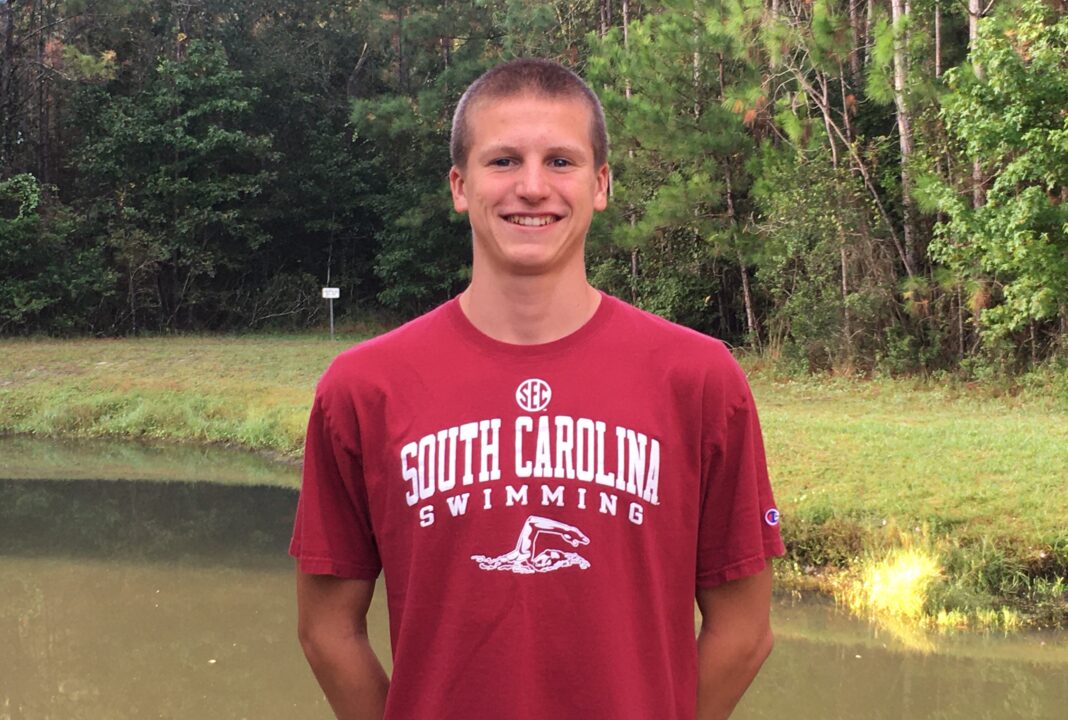 Raymond Prosinski, a distance free and IM specialist from St. John's, Florida, has committed to join South Carolina in the all of 2023. Current photo via Raymond Prosinski

Prosinski told SwimSwam, “I am excited to announce my verbal commitment to swim and study at the University of South Carolina. I want to thank God, my parents, my coaches, and my teammates for helping me along the way. I look forward to the upcoming years. Go Cocks!”

Prosinski is a versatile swimmer, but projects best as an IMer and distance freestyler in the very competitive SEC. He has qualified for the Winter US Open in the 400 IM and Winter Juniors in the 1000 and 1650 free and 200 IM. He also has qualified Futures in the 500 free, 100 and 200 back and 200 breast.

While Prosinski still has some improvement to make before reaching SEC scoring range, he still has two more years of high school to develop into an immediate impact swimmer for new South Carolina head coach Jeff Poppell. He has had a great development curve in recent years, with his 500 dropping from 4:49 to 4:32, his 1650 dropping from 17:09 to 15:41 and his 400 IM dropping from 4:12 to 3:56 from 2019 to 2021.

Prosinski is a strong start to Jeff Poppell’s first full recruiting class as he attempts to rebuild the Gamecock program. South Carolina finished in last place at the 2021 SEC Championships with just 232 points, almost 200 points behind 9th place LSU. Only seven members of South Carolina’s team last year scored individually at SECs, three of which will graduate before Prosinski arrives on campus in the fall of 2023.