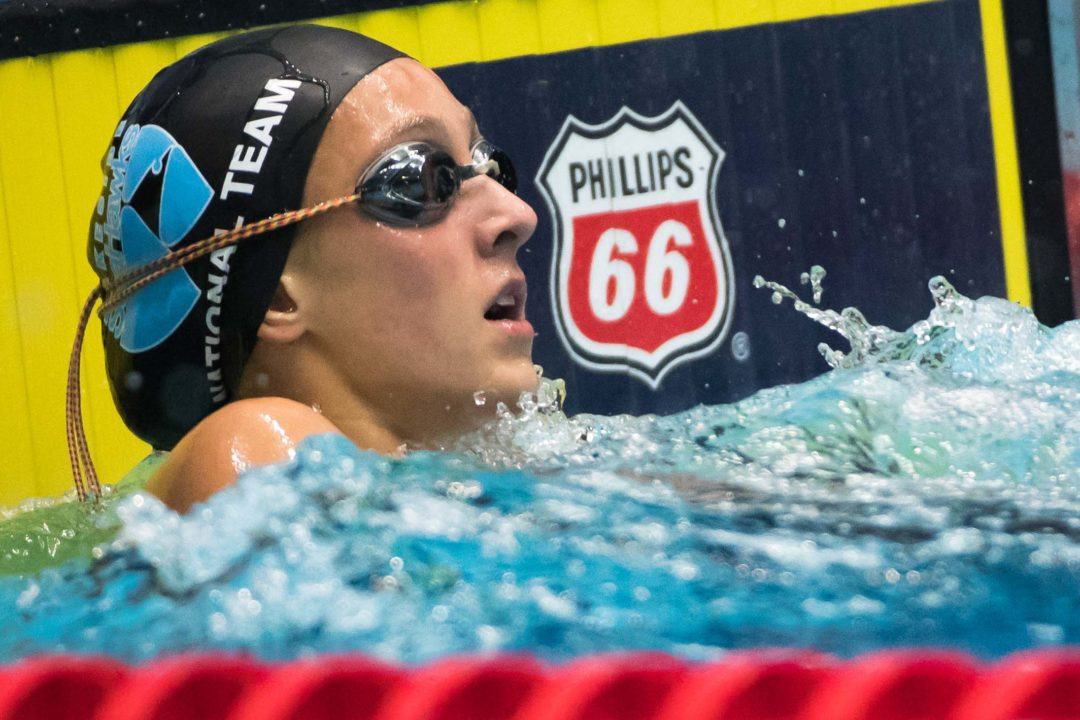 The Sacred Heart girls were dominant at the 2020 Kentucky High School State Championships as they won their 8th-straight title. Archive photo via Mike Lewis/Ola Vista Photography

The Sacred Heart girls were dominant at the 2020 Kentucky High School State Championships as they won their 8th-straight title. They opened the meet with a new State Record in the 200 medley relay, taking down the mark the Sacred Heart squad formerly set in 2016. Annabel Crush led them off with a 24.93 back split. Claire Donan (breast- 28.17), Emily Lenihan (fly- 24.48), and Madeline Meredith (free- 22.85) followed as they clipped the mark in 1:40.43. Notably, Lenihan was even faster with a 24.35 split in prelims.

Christian Academy’s Gabi Albiero took down the State Record in the 50 free in her first win of the session. She took down her own former record to repeat as champion with a lifetime best 22.36. Albiero, a Louisville commit, then won the 100 fly in 52.08, just a couple of tenths shy of the State Record (51.75) set by current Louisville senior All-American Grace Oglesby in 2015. Relay-wise, Albiero put up a 23.67 fly split on the medley relay and a 22.45 anchor split on the 400 free relay.