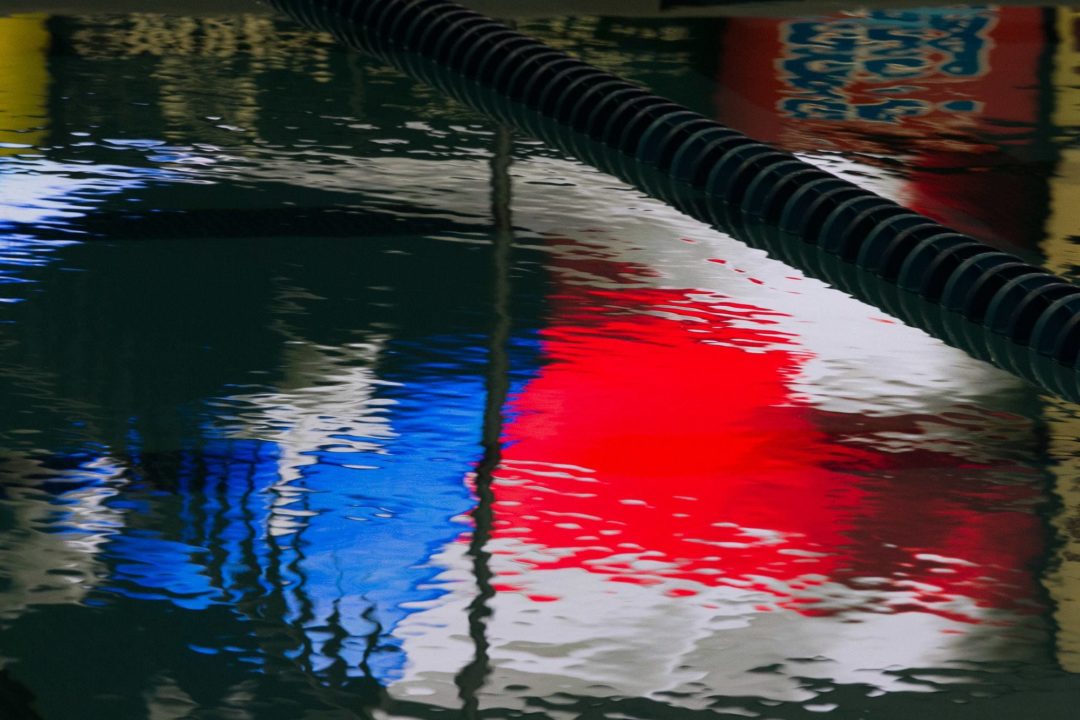 The 2014 Texas 4A State Championship meet was held over the weekend in Austin, Texas, and comprised schools from the...

The 2014 Texas 4A State Championship meet was held over the weekend in Austin, Texas, and comprised schools from the state’s four smallest divisions – in other words, schools with enrollments of 2089 and below for the 2013-2014 school year (still a large number of students by most standards).

With the defending champions from Stratford being whacked by a massive wave of graduations, this year’s meet was Frisco – Wakeland’s to lose, and they held serve to the tune of 173 points and the team title.

The scoring at the top was much more distributed this year than last year, with the top five teams accounting for just 689 combined points. That’s as compared to the 818 that the same group took in 2013.

The Frisco-Wakeland boys were led by senior Brayden Seal, who broke a pair of Texas 4A records in the meet.

Though those were not Seal’s first state titles, for the first time in his career, the senior added a relay championship to his resume as well. He led off Wakeland’s 400 free relay with a 47.03, and was followed by Nathan Ciatti, Mitchell Kline, and Samuel Kline en route to a 3:09.46 and an event victory. Samuel Kline anchored that relay in a 46.28.

Hauglum took an individual title of his own with a 20.94 in the men’s 50 free, beating out Frisco – Heritage’s Chad Brandon (21.04) and Nacogdoches’ Lucas Kahn (21.16). Brandon actually had the fastest time of the weekend, with a 20.81 from prelims, but he just fell a bit off of that pace in finals.

This is a very different second-event than what Wallace had last year, and it paid dividends as he led Angleton to a 15th-place finish (tied with the defending state champions). Last year, Wallace swam the 500 free as his second event instead of this 100 free. His first event, however, hasn’t changed, and after being the runner-up last year, Wallace won the 200 IM this year in 1:51.68. His impressive front-half split of 51.18 made the difference as he topped Brenham freshman Hudson Smith, who was 2nd in 1;53.73.

In the men’s 100 backsetroke final, a very tight race saw thre swimmers under the 52-second barrier, and all within .11 second of each other. Brenham’s Everett Mahlmann won in 51.69 (after being a bit faster, and having a huge lead, from prelims). He was followed by Friendswood’s Jack Maloy (51.77) and Wakeland Samuel Kline (51.80) – the latest in a long, impressive line of Kline male swimmers on this team.

Closing out the individual events was Tomball’s Trevor Strong in the boys’ 100 yard breaststroke, marking a 57.29 to beat out Guyer’s Tristen Parish (58.13) and Frisco’s Tommy Peterson (58.25). Strong, who didn’t even swim at this meet last year, closed his junior season with the state title and the 4th-fastest time in 4A history.

In the boys’ 200 free relay, Corpus Christi – Flour Bluff, led by a 20.26 anchor from Hauglum, won in 1:25.98. He was joined on that winning relay by Phillip Ugarte, Miljan Kekovic, and Andrew Byerly, with Hauglum being the only non-senior in the group.

Northwestn Nelson took 2nd in 1:26.35, spurred-on by sophomore Adam Koster, who split 20.51 on the 2nd leg (he was 4th in the individual 50). Kingwood Park was 3rd in 1:26.92, and Wakeland finished all the way down in 12th, though they still had more-than-enough scoring to take the team title.

Much like the defending boys’ champions, last year’s defending girls’ champions, Highland Park, didn’t fare as well this season. After they won last year’s meet 101.5 points, they graduated a few key pieces, and overall didn’t have as good of a meet as last season.

That left last year’s runners-up from Alamo Heights, who were boosted by a state title from a freshman, to win their first team state championship from 1973.

The meet’s 6th-place finishing team, Austin’s Vandegrift High School, began the meet with an authoritative win in the women’s 200 medley relay. They posted a 1:47.63 for the win ahead of Stratford’s 1:49.54 and Friendswood’s 1:49.80. Vandegrift’s nearly two-second advantage was spread out across the four legs as they had the fastest (or very close to the fastest) split on every leg. Junior Madison Ibrahim, though got them off to a big early lead with a 26.92 on the backstroke leg, and was followed by Samantha Bassman (29.70), Hannah Palacios (26.79), and Jade Federlin (24.22).

The three relays that finished directly behind them, though, won’t graduate a single swimmer off of their relays, so this relay should be more competitive in coming years.

The next event, the girls’ 200 freestyle, was dominated by youth, as the top 6 saw four freshmen. That includes the race winner Haley Yelle from Mansfield-Legacy , who was a 1:48.79 to top the 200 free. The runner-up was another freshman, Caitlin Clements from Magnolia, in 1:49.78, and 3rd went to a senior Jessica Sloan from Magnolia West in 1:49.94.

The next event began an impressive run by Destiny Nelson from Prosper High School – a swimmer who has been making some noise on the United States Grand Prix circuit this season as well. She won the girls’ 200 IM in 2:00.59, with a hammer-of-a-freestyle split of 28.97 to pull away from Monterey’s Jaecey Parham (2:01.89).

Parham, who signed with rising in-state program Rice in the fall, has made that program happy with her recent performances; she’s dropped almost three seconds in her 200 IM since signing with the Owls. She was the only female participant for her high school, and the only swimmer period to compete in this meet from Lubbock’s Monterey High.

Parham would match up with Nelson again in the 100 back and go another lifetime best of 56.14, but that was only good enough for 3rd. Just ahead of her was Pearland – Dawson’s Catherine Wu in 55.69, and Nelson with another title in 54.93. This time, Nelson’s swim set a new Meet Record, breaking the 55.62 done by Jessica Shepard in 2012. That was a lifetime best for Nelson, and she has knocked over two seconds off of her previous best time this championship season (and that previous best time was done at the Minneapolis Grand Prix, of all places).

As we mentioned earlier, Dallas’ Highland Park High School graduated a lot of pieces after last season. One they didn’t graduate, however, and won’t after this year either, is sprinter Kate Boyer. Boyer matched Nelson’s output at the meet with a pair of wins and a State Record of her own.

After the diving break, Boyer came back with a 50.85 in the girls’ 100 free. That crushed her prelims time, and broke Skylar Smith’s 4A State Record in the event. Magnolia freshman Caitlin Clements took 2nd in that race (51.26) and Wu was again 3rd in 51.35.

In between those two sprint races was the secret weapon for Alamo Heights that we mentioned. Freshman Sine Scribbick with a monster score of 457.70. Scribbick was the 2013 USA Diving Junior National Champion on the 3-meter, and though she’s much better in that discipline than on the 1-meter, she’s still a future star in the making.

Also coming in between Boyer’s two sprint wins was a win from another freshman: Victoria Garcia of El Paso. She topped the 100 fly in 56.99, which beat Dawson’s Catherine Wu (57.51).

Closing out the individual events was another win for Vandegrift, thanks to Samantha Bassman going 1:04.90 in the 100 breaststorke. She and Frisco – Heritage’s Rachel Ramey had nearly identical splits, but Bassman just got her fingertips on the wall first ahead of Ramey’s 1:05.04.

Going into the final relay, the 400 free relay, the team title was still very close. Frisco only trailed Alamo Heights by 8 points, but that was a tall task to overcome considering that Alamo Heights had the same four sprinters left for this relay, and a three-second margin as the top seed headed into finals.

A full PDF of the meet results is available here.

Vandegrift girls may have won the 200 medley but couldn’t keep up with Cedar Park’s 200 free girls relay team, who took bronze in the finals.