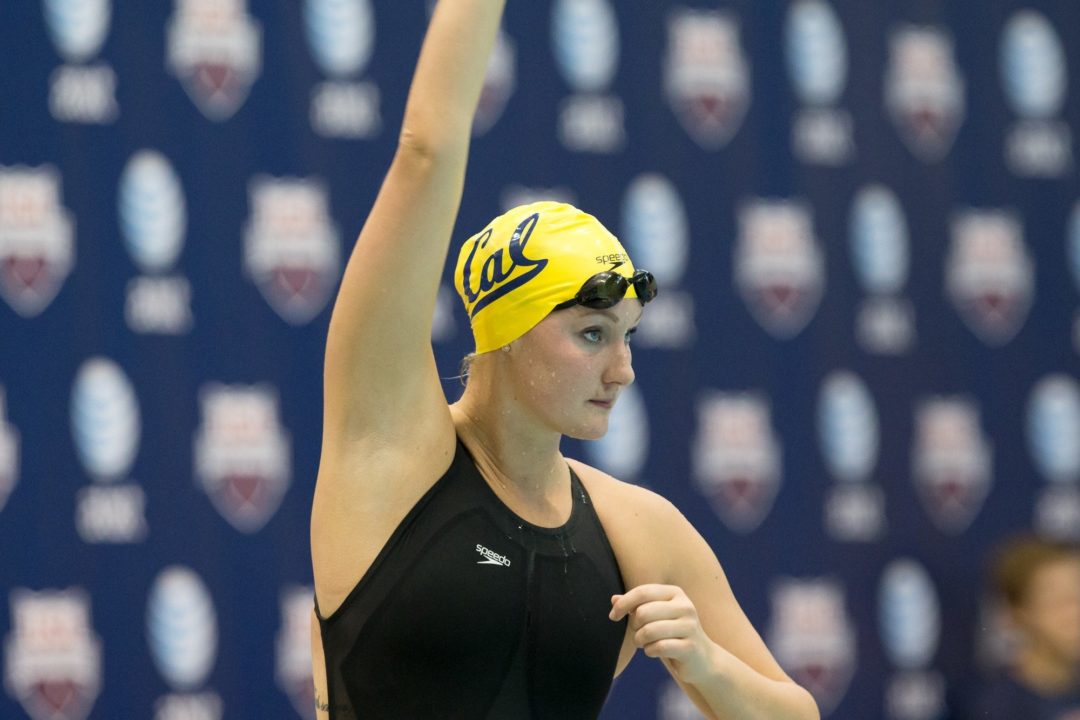 The former U.S. National Team member Breed was just over 20 minutes shy of the fastest swim in history during her Monday morning swim. Archive photo via Tim Binning/TheSwimPictures.com

The course begins at San Francisco’s Aquatic Park, and most swimmers go clockwise around the island. The route crosses two major shipping channels (going out and coming back, so really, four times) and is largely cross-current.

Breed completed the 10-mile swim in 4:45:50, well under Erika Shanahan Gliebe‘s 5:30:01 record from just last month (still pending ratification). In 1984, Dave Kenyon became the first swimmer to complete the route, and still holds the men’s record at 4:23.08. In 2013, Cathy Delneo became the first woman to complete the round trip Angel Island swim; Breed is the 24th swimmer in history to do it.

Breed is also the current record-holder, for all genders, for swimming the length of Lake Tahoe (~21.3 miles – 8:56:17). Since starting to do open water swimming in 2017, she’s also swum the English Channel and North Channel.

Breed had been wanting to do the Angel Island swim for three years, she wrote on Instagram Monday. She added that conditions were windy and the current was stronger than expected at the end of the swim.

After 3 years of wanting to do this one, I finally knocked it off and broke the 🏆 women’s record in the process, as well as swimming the second fastest time ever. Dave Kenyon has the record with 4:23, I decided while swimming he is a freaking bada**. 10miles RTAI in 4:45.50. We knew the winds would be an issue but we didn’t expect the current to push us so much at the end, ah the fun of swimming in SF Bay. Had a close call with a stubborn tanker as well, #meanie but like he’s bigger 🤷🏼‍♀️ . As a team, we all learned lot and are excited to get back out there. I’ve decided that I’m only doing swims in perfect conditions and in my backyard- for a while 😝 #kidding #kindof . Thank you for all the support! Now time for work- no, not training, like actual work… aka calls from bed. #hopemybossdoesntseethis . @honeystinger @jolynclothing @theolympicclub

The Marathon Swimmers Federation posted a video of Breed’s finish:

At Cal, Breed was a multi-time individual NCAA scorer.

Makes me itching to do a swim like that!!
Amazing performance!!

Awesome accomplishment to have the all-comers record there.

that’s how we cal bears do it. congratulations!