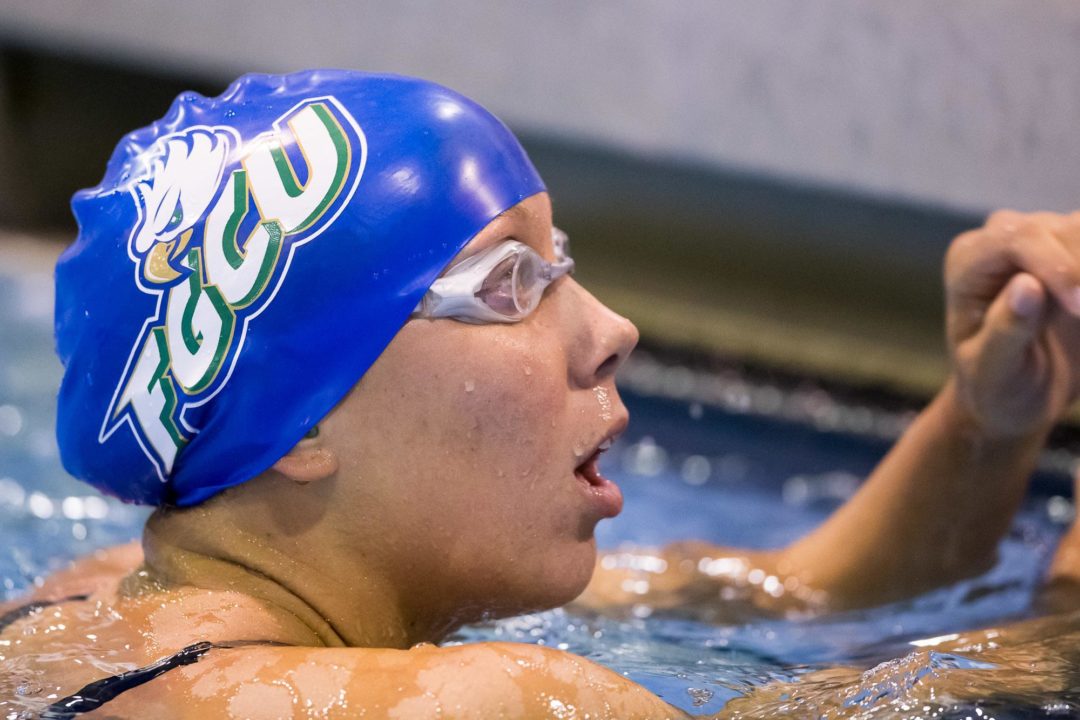 Florida Gulf Coast University’s standout swimmer Emma Svensson has been nominated for the prestigious NCAA Woman of the Year award.

FGCU announced the news today in a press release, noting that Svensson and softball player Kelsey Carpenter were both up for the award.

The award is for graduating seniors (or those who have used up their NCAA eligibility) and takes into account distinction in academics, athletics, leadership and community service.

Eventually, three nominees from each division will be selected as finalists. Those 9 will be announced in September, and one of the nine will earn the NCAA Woman of the Year award on October 18th at an award ceremony.

Svensson helped raise the FGCU program to new heights, becoming the team’s first-ever NCAA qualifier in 2012. This past season, she became the first Coastal Collegiate Swimming Association (CCSA) swimmer to break 22 in the 50 free, taking the Florida Gulf Coast school record and the CCSA conference record down to 21.98.

She was an individual All-America honorable mention with a 12th place finish in the 50 free at NCAAs, and helped FGCU’s 200 free relay take 8th – the first time the Eagles had scored NCAA relay points in team history.

She also holds a 3.89 GPA and was in the honors program at Gulf Coast.

You can read more about Svensson and the other nominee on the FGCU website.