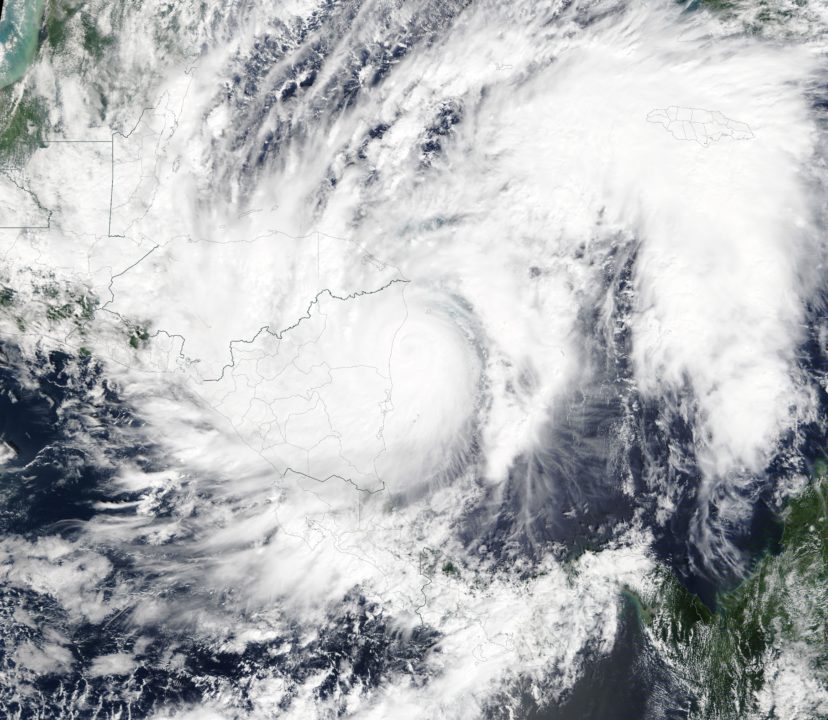 Tropical Storm Eta is moving through the northern part of Florida now, heading toward Jacksonville before an expected return to the Atlantic Ocean. Current photo via NASA

The Florida High School Athletics Association (FHSAA) has postponed the Class 1A State Swimming & Diving Championships until Sunday after Tropical Storm Eta made landfall near Tampa overnight. The meet was originally scheduled to be held on Friday.

Class 1A includes the state’s smallest high schools, but also some of their best – including the legendary Bolles School program that has produced Olympic champions like Ryan Murphy and Joseph Schooling. The Bolles boys have won 32 consecutive Class 1A titles, while the girls have won 29 straight Class 1A titles.

Class 2A is the next largest batch of schools in the 4-tier Florida high school system. Those championships will still be held on Saturday.

Both meets are scheduled to be held at the Sailfish Splash Waterpark and Aquatics Center in Stuart, Florida in the southern part of the state. The postponement of the 1A meet will allow the storm to clear Jacksonville, where Bolles is located, and give athletes from the Northeastern part of the state the chance to make the 4 hour drive south.

Eta is the 29th named storm in the 2020 hurricane season, which, with 3 week remaining in the heaviest part of the season, makes this the busiest Atlantic hurricane season on record. 2020 surpasses 2005 which saw 3 storms, including Hurricane Katrina, reach Category 5 windspeeds.

As of Thursday morning, Eta is heading toward Jacksonville and is expected to pass by the Georgia lowlands before heading back out into the ocean and weakening to a tropical depression.

Due to Hurricane Eta, we have adjusted schedules for this weekend's State Championship events.

Please see link below for changes:https://t.co/sxeUEvauah

Yea, that gives them plenty of time to try and prevent the next FHSAA Herd party.