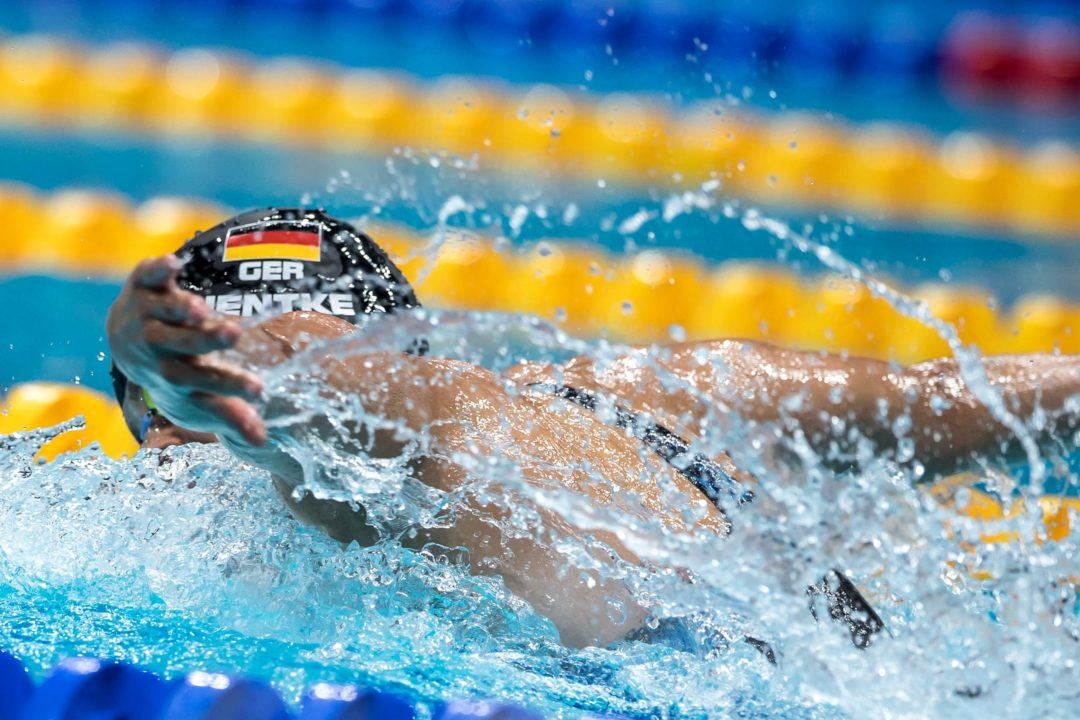 Five meet records well by the wayside on day 1 of the 2018 North Sea Swim Meet in Kristiansand, Norway, along with a pair of Norwegian Junior Records.

Four of the meet records came on the women’s side. Marjolein Delno of the Netherlands got things started off in the first event of finals, slashing just over two-tenths off her personal best (set at this meet last year) to dip under the women’s 200 IM record in 2:10.41. The previous mark of 2:10.49 was set by Sweden’s Petra Granlund in 2011.

Maaike De Waard of the Netherlands was the other record breaker on the women’s side, dropping the women’s 50 back record down to 26.99 in the prelims and then re-breaking it in the final in 26.48. Lucy Hope of Edinburgh took 2nd in 27.49 and Italy’s Giulia D’Innocenzo was 3rd in 27.73.

Another Norwegian Tomoe Hvas broke the National Junior Record in the men’s 100 breast in both prelims and finals, clocking 59.24 in the morning and then winning the final in 59.05. Denmark’s Philip Greve (59.17) and Switzerland’s Yannick Kaeser (59.33) were a close 2nd and 3rd.

Nils Liess in the 200 fly and Nina Kost in the 50 free got both new Swiss Records.

Added those in, thanks.