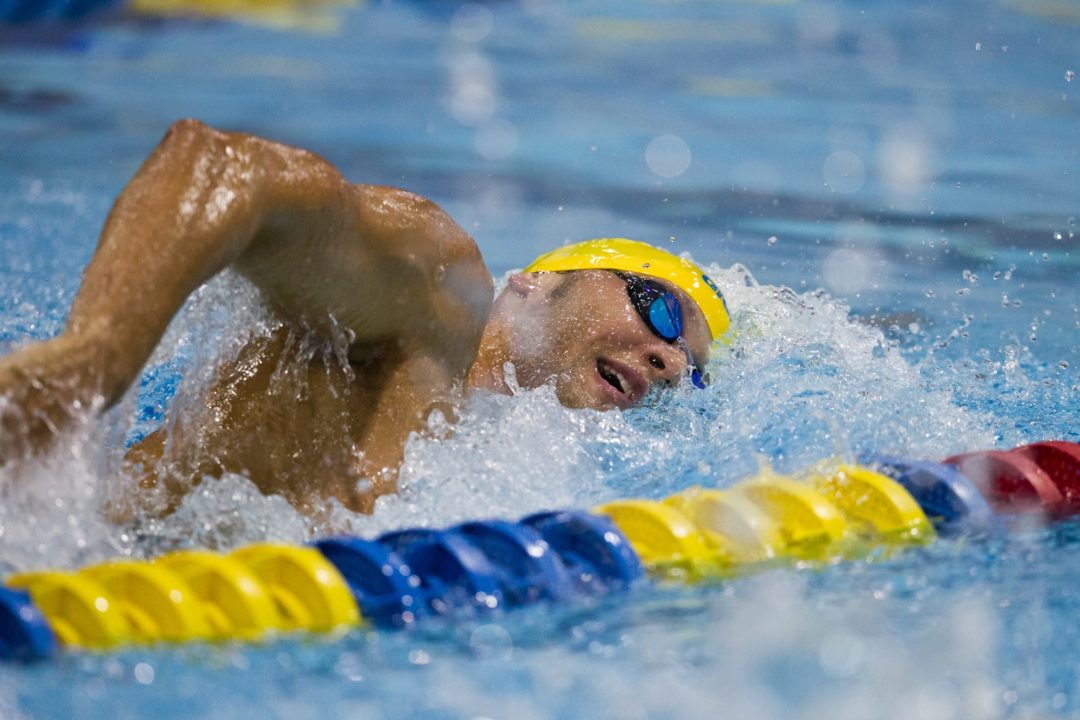 FINA has stripped both of Mads Glaesner's World Championship medals, and awarded them to the next-highest placed finishers. (Photo: Tim Binning/TheSwimPictures.com)

FINA has officially announced the punishment for Denmark’s Mads Glaesner, first revealed by the Danish Swimming Federation on Sunday, and as it turns out, his gold medal from the 1500 free at the 2012 Short Course World Championships is not safe.

Glaesner’s bronze in the 400 and gold in the 1500 have both been stripped, even though only his positive test following the 400 free came back positive.

FINA has thus bumped up the rest of the finishers in the final. That means that in the 400, New Zealand’s Matthew Stanley becomes the bronze medalist, and in the 1500  Italy’s Grigorio Paltrinieri becomes the World Champion. That gives Italy a third gold medal for the meet and moves them into the top 5 in the medal standings (leaping Russia).

Pal Joensen from the Faroe Islands, who in Olympic years is a Danish teammate of Glaesner, moves up to silver, and Poland’s Mateusz Sawrymowicz moves up to bronze. That becomes Sawrymowicz’s third overall World Championship medal, all in the 1500, and his first in any course since 2008.

FINA also indicated that Glaesner has the ability now to appeal his decision to the Court for Arbitration for Sport, though it seems from his comments Sunday that no appeal is likely to be coming, saying that he was “glad that finally things have come to an end, and again I can move my full focus back on the swim.”

Glaesner didn’t compete at Denmark’s World Championship Trials, and so even though his suspension will have passed by the time Worlds comes around, he will not be selected for the team.

The full release by FINA is below:

The FINA Doping Panel conducted a hearing, in presence of the athlete and his lawyer, on June 14, 2013 and decided the following:

The new classification of these two events at the 11th FINA World Swimming Championships (25m) Istanbul 2012, is then established as follows:

In accordance to FINA DC Rule 13, the athlete may file an appeal to the CAS (Court of Arbitration for Sport) within 21 days from the date of receipt of the FINA Doping Panel decision.

“Factors to be included in considering whether to Disqualify other results in a Competition might include, for example, the severity of the Competitor’s anti-doping rule violation and whether the Competitor tested negative in the other Events.”

Even Glaesner certainly wants to leave the whole thing behind and get his focus back on swimming, I hope he files an appeal. The decision of forfeiting his medal in 1500m free is based on only subjective valuations so it is very important for every athlete’s legal protection that the Court for Arbitration for Sport set a precedent for future similar cases.

The right move by FINA. I don’t think Mads intentionally tried to gain an advantage by this substance, but the punishment is just.