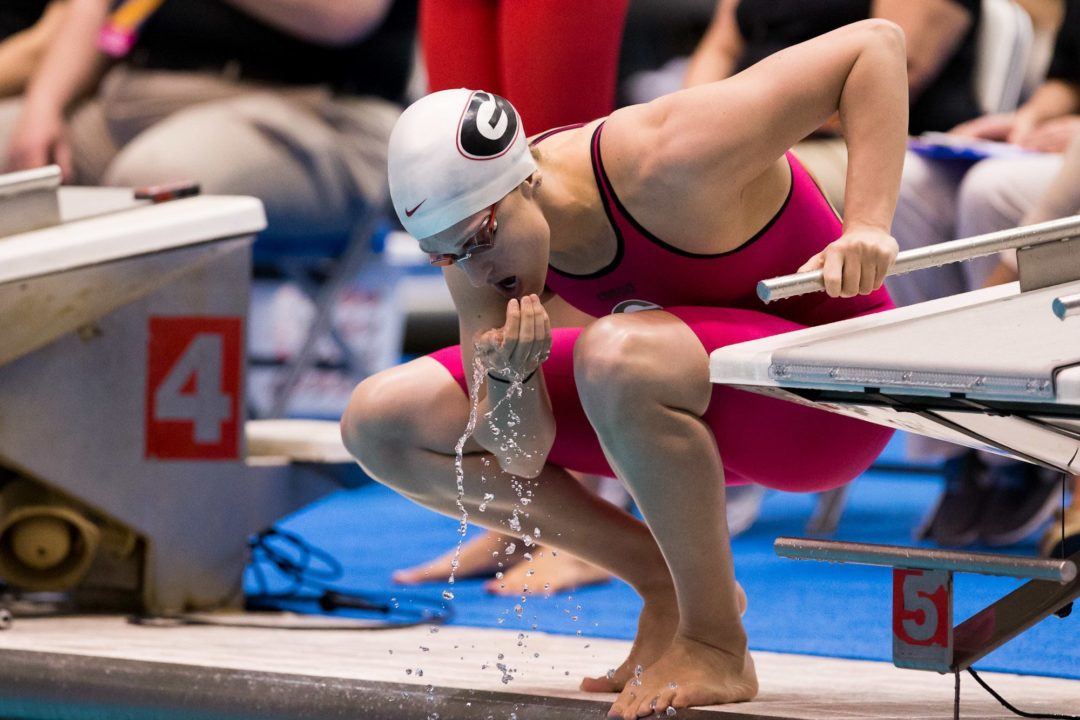 A group of five Chinese swimmers have been spotted training at Bob Bowman’s North Baltimore Aquatic Club and the Meadowbrook pool that the coach co-owns with his most legendary protege, Michael Phelps.

The group has been spotted training alongside a crowded pool, that includes among its tenants this summer a group from Johns Hopkins University and a group from Towson also taking on some long course training in the pool.

Bowman confirmed that the group is five members from the Shanghai Sports Institute who joined the North Baltimore group for altitude training in Colorado Springs, followed by a stop at the Santa Clara Grand Prix and a month of training in North Baltimore.

This adds to Bowman’s considerably more international resume since Phelps’ retirement after the London Olympics. He spent time consulting on British Swimming’s review, as a consultant for the Turkish Swimming federation, and as the new coach for French Olympic champion Yannick Agnel.

But he’s still working with plenty of the elite of the American ranks, including Allison Schmitt and Chase Kalisz, who have been back since completing their educational commitments at Georgia. Another new face around NBAC this year is Megan Romano, who has come along im preparation for the World Championship Trials at the end of this month. Romano had another phenomenal college season, and now will be looking to Bowman to help her put things all together in Indy after disappointingly missing the Olympic Team in 2012.

Romano has had a fantastic college career, and proven to be one of the best relay swimmers in the history of the NCAA. If she succeeds on making the Worlds team this year, it will be a great test of whether she can carry that over on the sport’s biggest stages.

When we spoke with USA Swimming National Team Director Frank Busch earlier this year as to whether Bowman’s employment with the Turkish Federation would affect his status as the head coach for the American World Championship Team this year, he wasn’t concerned.

“Bob’s work with the Turkish Swim Federation is in conjunction with his vision of growing swimming worldwide,” Busch said. “If I felt this was in anyway a threat to USA Swimming’s competitive edge I would certainly address it.”

interesting that Bowman gets a free pass in coaching all of the “foreigners” with american resources. he is the head coach of the usa men this summer is he not?

It’s not like USA international team coach is a full pay year round job like it is for many other swim federations, and guy’s got to make his living somehow.

Interesting. I always felt that Bowman was best when focusing his attentions on only a couple of elite swimmers. When he was at Michigan, a lot of the college swimmers said they felt neglected sometimes as he spent so much time working/traveling with Michael. I’m curious to see how he does at building a Salo-like training center with so many competing demands.

He doesn’t have Michael now, so he can spread his love around more equally this time.

I’m sure Bowman is coaching these foreign nationals less enthusiastically than his Americans.

I hope you’re being sarcastic. Yannick Agnel is a very intelligent guy, and there’s no way he would displace himself and move to Baltimore if he didn’t feel like he was going to get the attention he deserved.

Just for curiosity’s sake I had to check Megan Romano´s stats: 6 ft 2 in (1.88 m). Wow, she’s tall; even taller than Cate Campbell. I am sure she will be very competitive after the correction of earlier mistakes and possible technical issues.

The popularity of Bowman’s club must be a conspiracy of Americans. First, Bowman agreed to coach Agnel, then he congest the pool and there is no room for Agnel’s long stroke anymore ;).

will any of them be around this fall?

I hope Mr Bowman has understood the future of Miss Romano was the 50 free and especially the 100 free and not the 200 free and even less the backstroke races. She’s now a sprinter!

do most georgia swimmers train at the home clubs during the summer..obviously there’s that huge group of NBAC, but Gemmell goes back to train with his dad, and Megan is now moving on…just curious. Hard to build a post-bac group without good swimmers staying…unless that’s how it’s structured. Wonder where Vreeland will train after graduation next year.