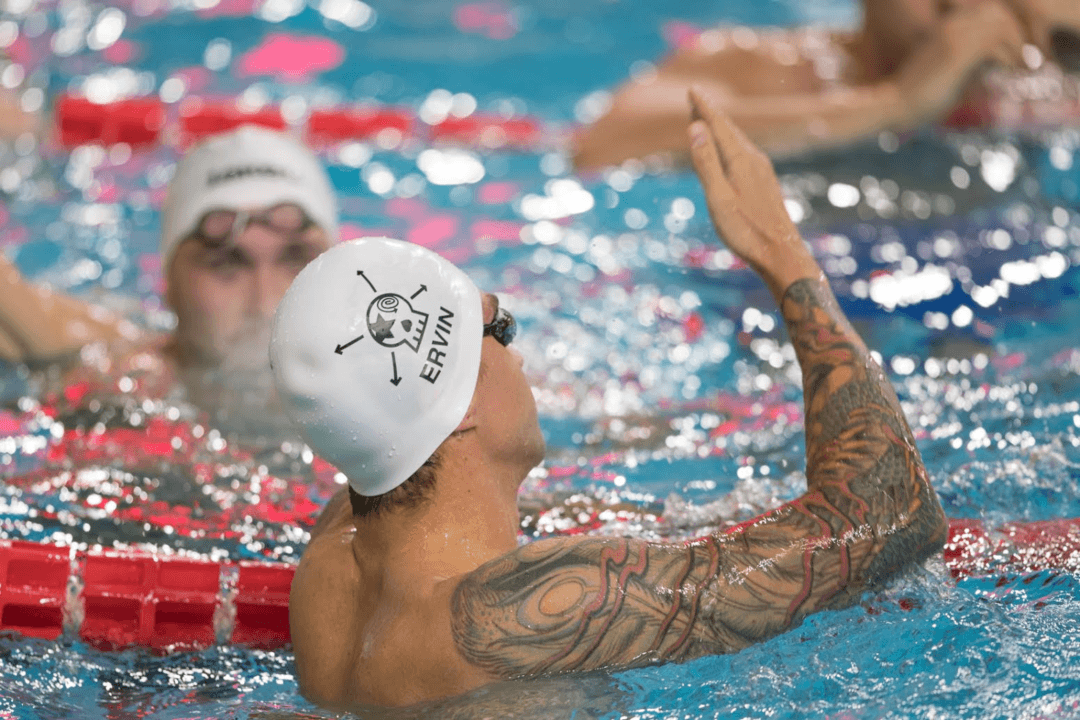 Kelsey Wog (above), Markus Thormeyer, and Emily Overholt will all be chasing their 3rd individual wins on Saturday evening.

The Champions Series will be swum in long course with athletes participating on an invite-only basis and will include a team scoring format. It was announced in December amid FINA’s attempt to block the International Swim League, which has a similar format. The three-leg series has stops Guangzhou April 27-28, Budapest May 11-12, and Indianapolis May 31-June 1.

Below is the running list of swimmers set to participate in at least one stop based on FINA‘s announcement and other reports:

The competition as a whole will lack distance events, with each meet including timed finals of just 50, 100, and 200m races in freestyle, backstroke, breaststroke, and butterfly, as well as a 400 free and 200 IM. FINA will award nearly $4 million in prize money across the series, making it the richest swimming event in the organization’s history. It will also cover athletes’ travel costs and provide them with appearance money.

The series has drawn mixed reactions from swimmers who have been vocal in their criticism of FINA over the past few months. While the international swimmers Sjostrom and Campbell, as well as American Michael Andrew (currently suing FINA along with Hosszu and Tom Shields) have committed, Britain’s Adam Peaty announced Wednesday he would opt out but called the series “a step in the right direction.”

No Japanese. no Chase

From ISL to this series, Japanese swimmers showed zero interest in these profitable professional competition. There’s not a single word on Japanese media about this meet. It seems the swimmers really don’t care about the money. Maybe it’s because the Olympics at their homeland is the clear priority to them, which is what will actually bring them the largest amount of money as well as huge reputation.

The top Japanese swimmers don’t really need that money, as they already have strong support from their sponsor companies (Daiya Seto at ANA, Kosuke Hagino at Bridgestone, Reona Aoki at Miki House, and so forth). They definitely don’t struggle to pay their rent.

The invite-only format was probably also off-putting; this is a very egalitarian society.

I don’t get it. I guess the $$ overrides how FINA has treated the sport?

This doesn’t seem like the full list. Andrew, Hentke, Heintz , Fratus etc. also confirmed participation. Looks like they only pick some notable big names to show the ‘high level’ of their competition.