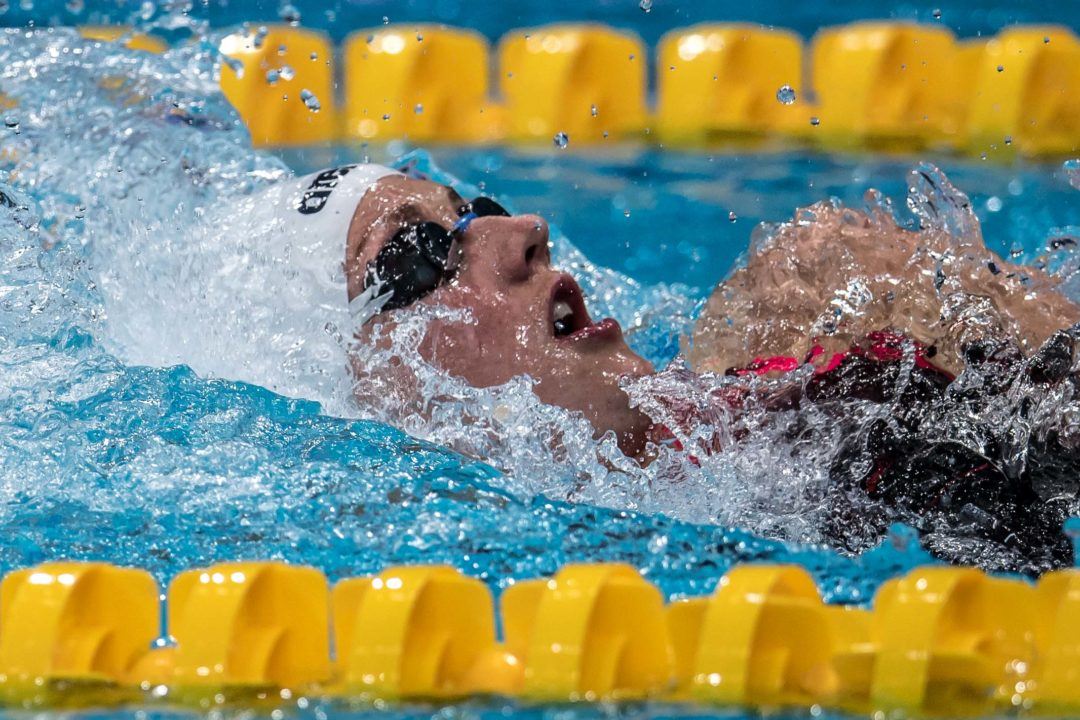 Danas Rapsys (LTU) was the top qualifier in the men’s 200m freestyle in 1:41,89. This is a new national record for Lithuania. Paul Biedermann, GER, who is the LC and SC world record holder, won the title two years ago at the European SC Championships. Biedermann retired from competitve swimming after the Olympics 2016.

Sarah Sjöström and Ranomi Kromowidjojo mastered their second challenge of the morning, the 100 m freestyle, with the second fastest time for Sjöström in 52,38 and the sixth fastest for Kromowidjojo in 53,17. France’s Charlotte Bonnet is the top seed for the semifinal in 52,19.

Russia’s Kliment Kolesnikov qualified  with the best time for the men’s 100 m backstroke semifinal followed by Simone Sabbioni (ITA, 50,43) and Poland’s Kacper Stokowski in 50,49. Kolesnikov is the junior world record holder with a time of 49,84. He also won the 200m backstroke yesterday with a new World Junior, European Junior and Championship Record (1:48,02).

Germany’s Christian Diener was the top seed in yesterday’s 200m backstroke final but he finished only eighth because the backstroke start wedge was broken. Two protests of the German Swimming Federation (DSV) were rejected. He finished his prelims race in the 100m in 50,96, this is the fourth fastest time.

Three very experienced swimmers will swim on the fastest lanes in the men’s 400m IM final tonight: Hungary’s Peter Bernek was clocked with a time of 4:05,75, Germany’s Philip Heintz set a 4:06,69 and Hungary’s Gergely Gyurta came in with 4:06,94.

The French teammates Jeremy Stravius, Theo Bussiere, Melanie Henique and Charlotte Bonnet were the fastest in the 4x50m mixed medley relay. They will joined by the teams of Poland, Finland, Netherlands, Belarus, Germany, Denmark and Italy in the final.

Gregori Paltrinieri is the SC World, European and Championship record owner in the men’s 1500m freestyle. The Italian is also the reigning Olympic champion in the 1500m. In this morning’s prelims, he swam the 3rd fastest time in 14:34,81. Paltrinieri will face off with Ukraine’s Mykhaylo Romanchuk (14:30,30) and France’s Damien Joly (14:34,47) in tomorrow’s final.