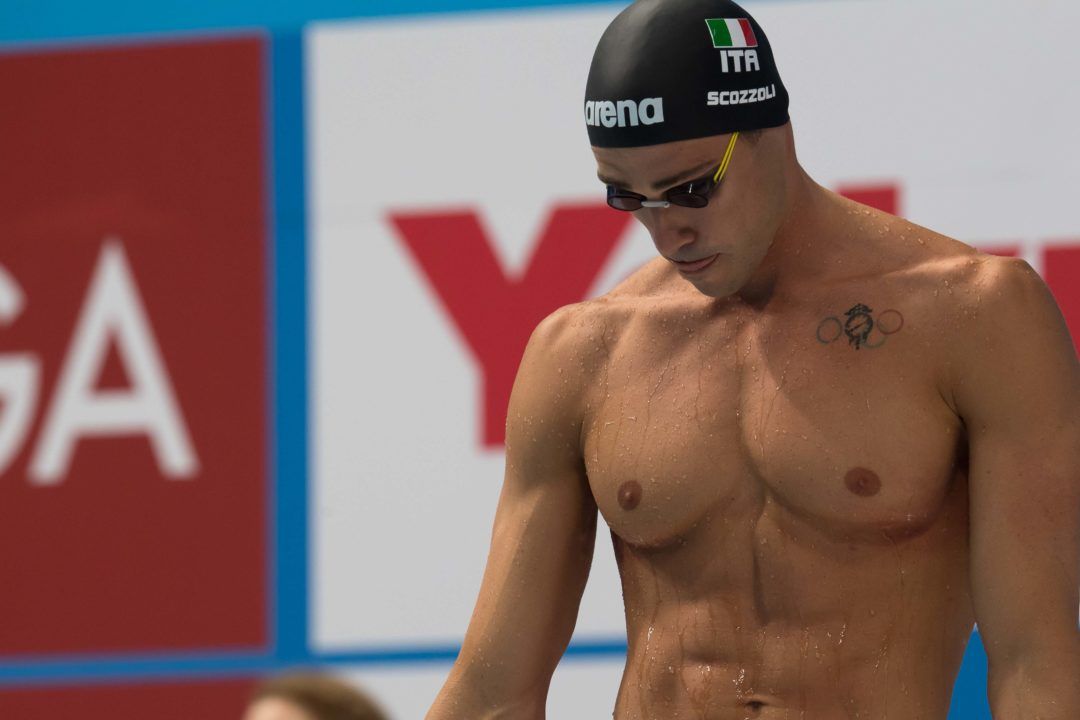 Two Finnish swimmers were the only ones under 30 seconds in the women’s 50 m breaststroke: Ida Hulkko in 29,85 and Jenna Laukkanen in 29,85. Laukkanen is the defending European SC champion. Ruta Meilutyte (LIT) qualified 3rd overall in 30,03.

Olympic champion and SC world record holder, Mireia Belmonte (ESP), was set to compete in the 400m IM and 800m freestyle today but she did not swim her prelim races.

Fabio Scozzoli (ITA) took the top seed from heat 6 with a new championship record of 25,90 in the men’s 50m breaststroke followed by Adam Peaty (GBR) in 25,94.

And it was again Katinka Hosszu (HUN) who took the top spot in the 100m backstroke heats in 56,78 followed by Netherland’s Kira Toussaint in 57,62. Hosszu won six titles two years ago in Netanya. Italy’s superstar Federica Pellegrini touched fifth in 57,95.

The fastest men’s team in the 4x50m freestyle relay were the Italians in heat 1 in 1:25,33. Also in tonight’s final are: Netherlands, Russia, Hungary, Serbia, Belgium, Sweden and Poland. Russia won the gold medal two years ago.

Mireia pulled out last I heard. Worth checking but I don’t think we’ll see her at all this week.