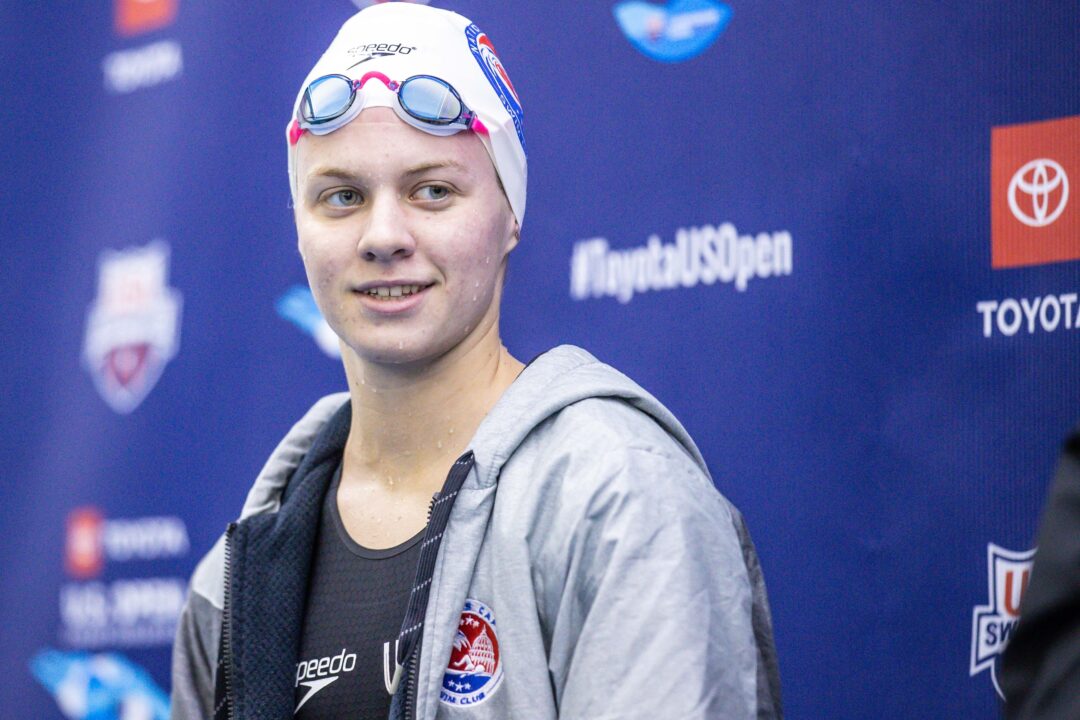 Gemmell, a Texas commit, was less than a tenth off both of her best times in the 200 freestyle and 100 butterfly at the meet. Archive photo via Jack Spitser/Spitser Photography

Some of the top swimmers from Maryland summer club teams in the MCSL competed in a long course meet last week. Prior names to swim in the same league are 2020 Tokyo Olympian Pheobe Bacon and 2016 Rio Olympian Jack Conger.

Gemmell did not stop her success at the 200 freestyle. Gemmell also swam the 100 butterfly swimming a time of 1:00.84 which was just off of her best time of 1:00.82 which she swam in April 2022. Gemmell is entered on the psych sheets in both the 200 free and 100 fly at US Nationals in Irvine this upcoming week. She is committed to Texas for fall 2023.

Title would be more clear if it said “Summer League” meet. That’s what this is (though an extremely unique one at that).