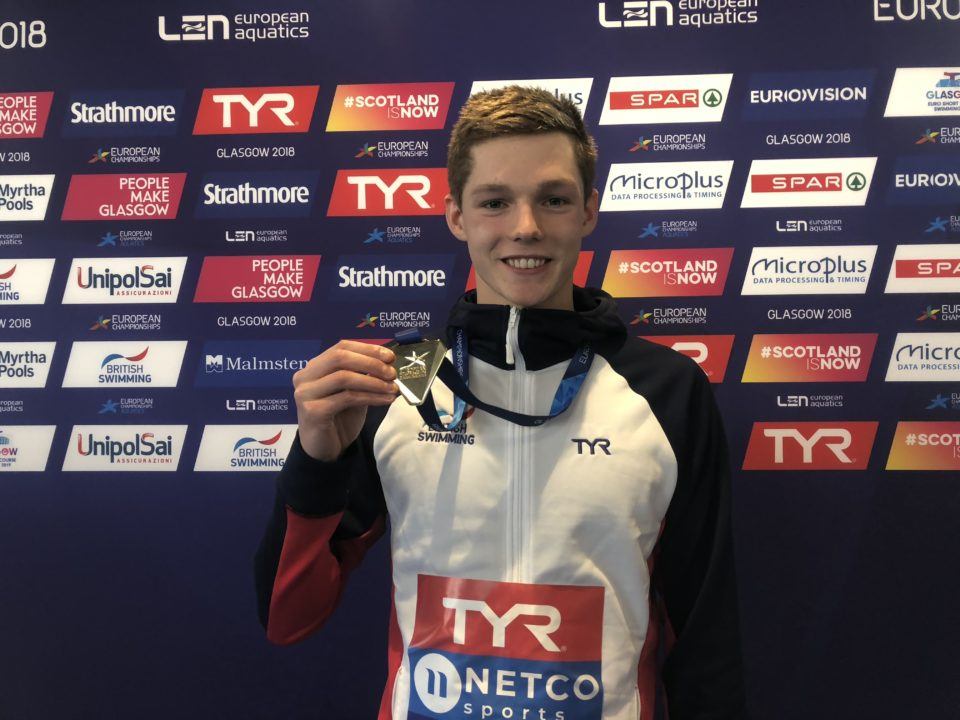 Hear was 21-year-old Duncan Scott has to say about beating out Adam Peaty and Ben Proud to earn British Swimming's Swimmer of the Year. Archive photo via Giusy Cisale swimswam.com

The most decorated Scottish athlete ever at a Commonwealth Games, Duncan Scott, has just been named ‘Swimmer of the Year’ by British Swimming. Beating out fellow nominees Ben Proud and Adam Peaty, 21-year-old Scott was voted as Swimmer of the Year for his massive 6 medals on the Gold Coast, including gold in the men’s 100m freestyle, as well as his 4-medal haul at the European Championships.

Scott’s University of Stirling coach Steve Tigg was also recognized as Swimming Coach of the Year, Tom Hamer earned Para Swimmer of the Year, while Tom Dean earned Emerging Athlete of the Year among the awards handed out tonight.

Dean made his first senior squad competing at this year’s European Championships where he competed in the 200m IM, 400m IM and earned gold as a member of the 4x200m freestyle relay.

Here from Scott, Hamer and Dean below and see the entire list of winners at the bottom of this post.

Duncan Scott – Swimmer of the Year

BRITISH SWIMMING ATHLETE OF THE YEAR

ATHLETE OF THE YEAR

EMERGING ATHLETE OF THE YEAR