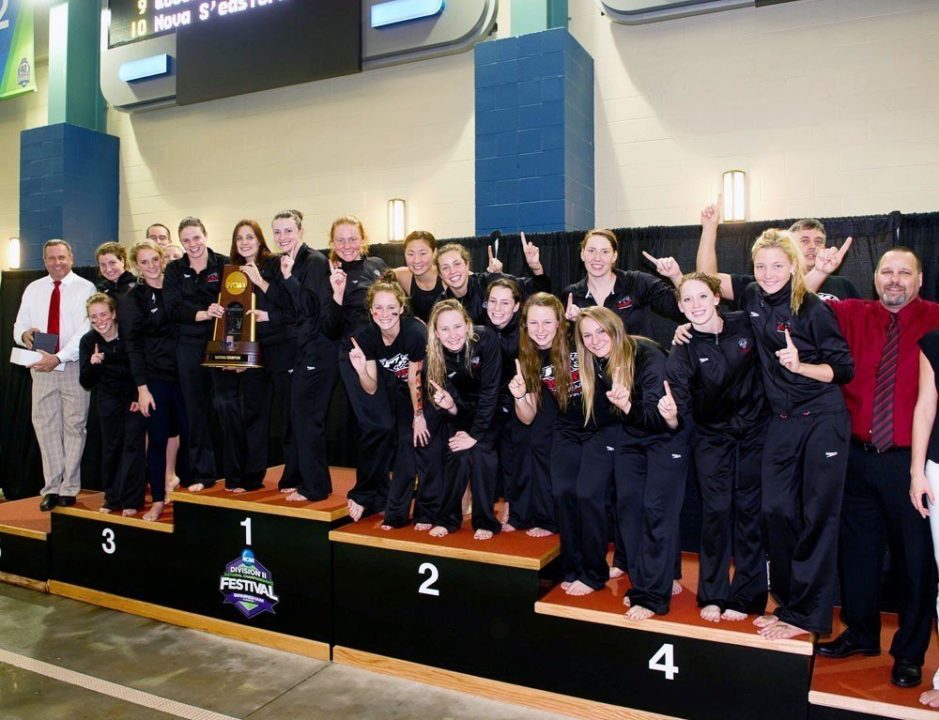 Schranck, 25, spent last season as a graduate assistant coach at NCAA Division I Arizona State. At Marquette, Schranck was a three-year state qualifier, twice winning sectional championships in the 200 individual medley and 100 butterlfy.

Schranck swam collegiately at NCAA Division III member Carthage College in Kenosha, Wis., where he holds the school records in the 100 and 200 Fly, was a five-time CCW conference champion and was an NCAA qualifier in the 100 Fly in 2010.

He graduated from Carthage in 2012 with a Finance degree, and after working in the business world for Edward Jones for two years – coaching at the Tri-City YMCA and his old Marquette Catholic boys and girls swim teams on the side – moved back into swimming by accepting the position at Arizona State.

“I know the tremendous legacy of swimming here at Drury and I’m definitely excited to become a part of the championship culture,” Schranck said. “I’m also excited to help get Drury back on top in NCAA Division II and the opportunity to learn from a great coach and mentor like Brian Reynolds.

“I’m also excited about returning to the Midwest … growing up in a family of nine children and being from the St. Louis area, it’s definitely nice to return closer to home.”

“We’re very excited to add Doug to our staff … I believe his enthusiasm and swimming experience at two NCAA levels will be a valuable addition,” Reynolds said.

Drury has won 12 NCAA-II men’s national championships since moving to that level in 1994, including a run of 10 straight – a D-II record – snapped this past March with a national runner-up finish to Queens at the national meet in Indianapolis. The DU women have won 10 NCAA-II national championships and finished second nine times – including this past season – in the 21 years since leaving the NAIA ranks in 1994.

The DU men and women, including their NAIA days, have combined for 35 national titles in the program’s history (22 by the men, 13 by the women).

So sad to see Doug leave ASU. He will be such a great addition to the Drury program. They are very lucky to be able to experience his positive energy and great sense of humor on deck. Doug has a great future of coaching ahead of him and I am very excited to see how the road ahead of him unfolds!

A lot of dark rumors going around Drury… Many swimmers unhappy with Brian Reynolds, saying his way of coaching is old school and many swimmers are unhappy with his leadership and involvement in the team. Interesting to see Assistant Coach Jason Hite (Whom was only there for a short period of time) leave and other swimmers transfer such as Alec Morris and Chris Radomski and multiple quitting the sport. Sad tidings ahead for a previous power house program. Hiring a coach with 2 years experience to be the new assistant coach raises questions. Best of luck to him and to the Program.