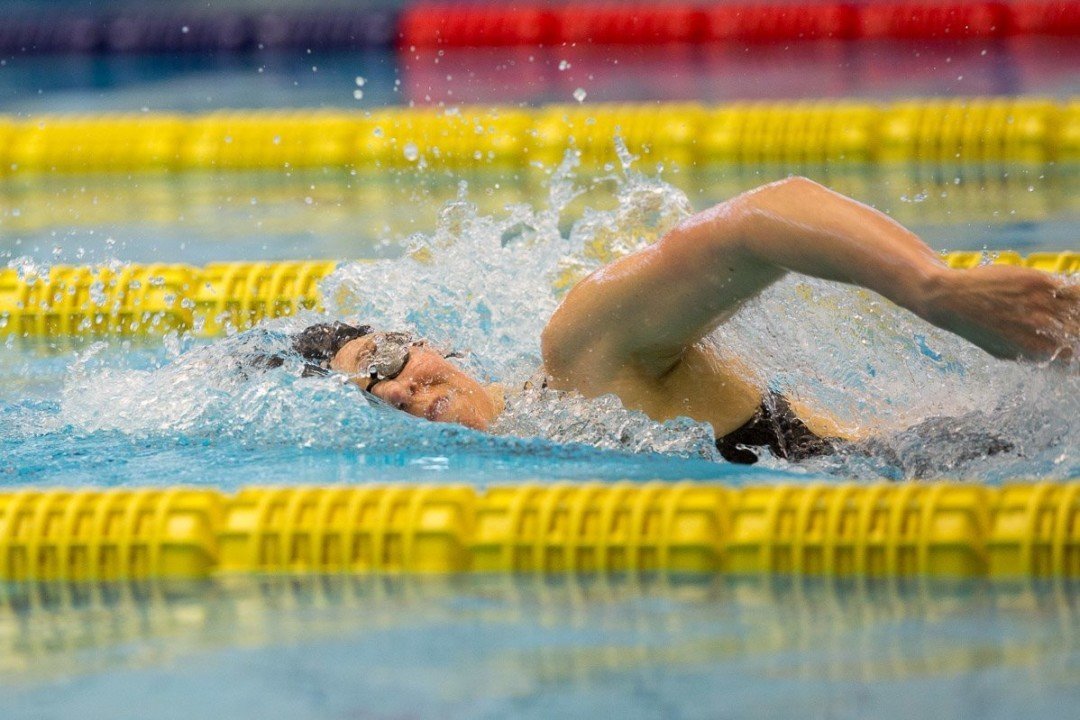 On this day 13 years ago, 18-year-old Kate Ziegler broke a Janet Evans world record that was set three months before Ziegler was born. Archive photo via “Rafael/Domeyko Photography”

Janet Evans: widely considered the greatest distance swimmer of all-time when she retired in the 1990s. Katie Ledecky: the new bearer of that title with world records in the 400, 800 and 1500 frees.

Bridging the gap between the two household names is a swimmer who smashed Evans 1500 free world record on this day in 2007 and held the record for more than six years.

Kate Ziegler crushed Evans world record by almost ten seconds in 2007, and wasn’t even swimming at a national or world championship. Ziegler was competing at the Meet of Champions in Mission Viejo, California. 18 years old, Ziegler entered the meet with a career-best time of 15:53.05 in the mile, set at the World Championships, which were held in March of that year.

Ziegler represented The Fish, a club out of Virginia. Her world record would stand for six years before a 16-year-old Ledecky went 15:36 at 2013 Worlds.

I feel as though her and Katie Hoff are often forgotten on how good they were. They were icons on the women’s swimming scene in the 2000’s. I would love an article on Katie Hoff and her historic 2008 U.S. trials meet.