Dolfin Swim of the Week: Change of Scenery Pays Off For Held 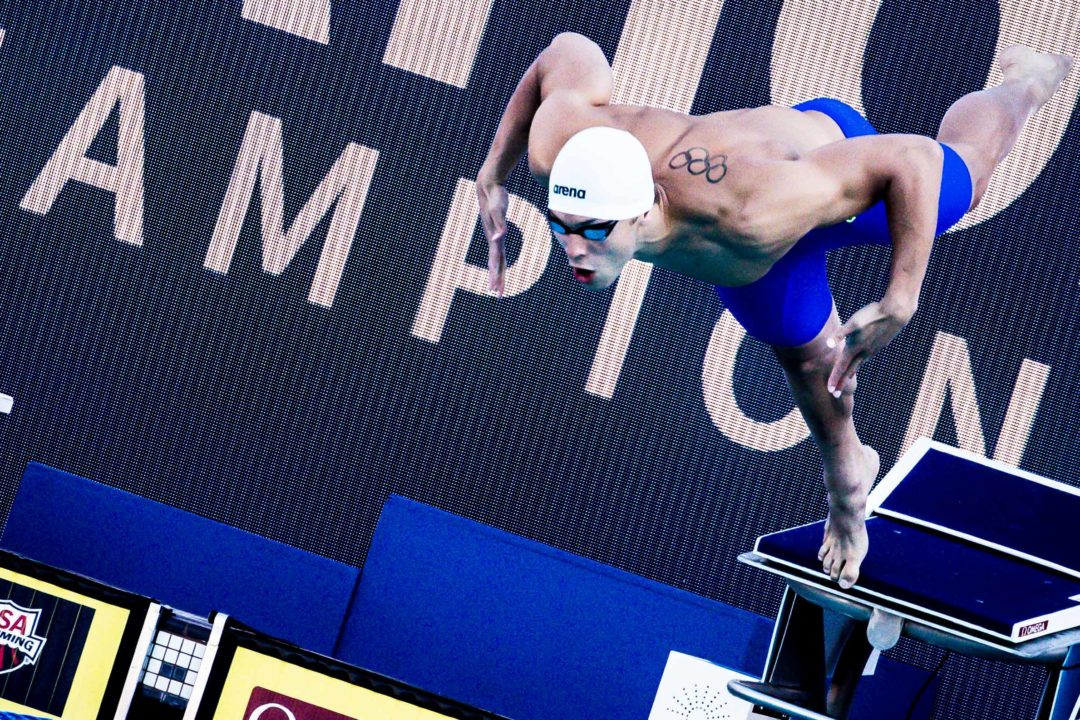 For Ryan Held, change is turning out to be a good thing.

Held made two moves of his primary training base in early 2019 – not an easy thing for a professional swimmer to navigate. Held finished up his degree at NC State in December, a semester after wrapping up his collegiate swimming career in the spring of 2018. Held confirmed in February of 2019 that he was leaving NC State to join the burgeoning Indiana pro group. But change was still in the air. Three months later, Indiana sprint coach Coley Stickels, who would have primarily coached Held, took a new position as the head coach at the University of Alabama. Held uprooted and followed Stickels there, citing his early successes in his first few months training with Stickels.

That paid off big-time just a few months later, when Held broke, then re-broke, the U.S. Open record in the 100 free. His 47.39 sits #3 in USA Swimming history, and ranks him third worldwide this year. It also puts him in prime position for a repeat Olympic bid.

Held made the 2016 Olympics after a huge summer of time drops, particularly in his 100 free. But Held had since stagnated at NC State, only improving his 50 free in 2017 (while adding in his 100), and then adding in both events in a disappointing 2018 that saw him miss all major U.S. international travel teams: World Championships, World University Games, Pan American Games and Pan Pacific Championships.

Held’s top times in each calendar year since 2014:

A change of scenery or two has done wonders for Held, who is now a prime contender for next summer’s Olympic team, not only as a 4×100 free relay member (like he was in 2016), but potentially as an individual, too. He’s three tenths faster than the next-best American this year. Getting the second 100 free spot could ultimately net Held several medals: as a 4×100 free relay member, as the anchor of the men’s medley relay (assuming Caeleb Dressel swims butterfly) and perhaps even as a prelims swimmer on the newly-added Olympic event the 4×100 mixed medley relay (again assuming Dressel swims fly, Held could be a prelims leg on free if the U.S. saves Simone Manuel to anchor the team in finals).

Not gonna lie, I was counting Held out until this swim

he has so much potential. there is FOUR members to a freestyle relay at the olympics, he shouldn’t be counted out

So glad to see Held doing well. Have been rooting for him ever since he went to NC State.