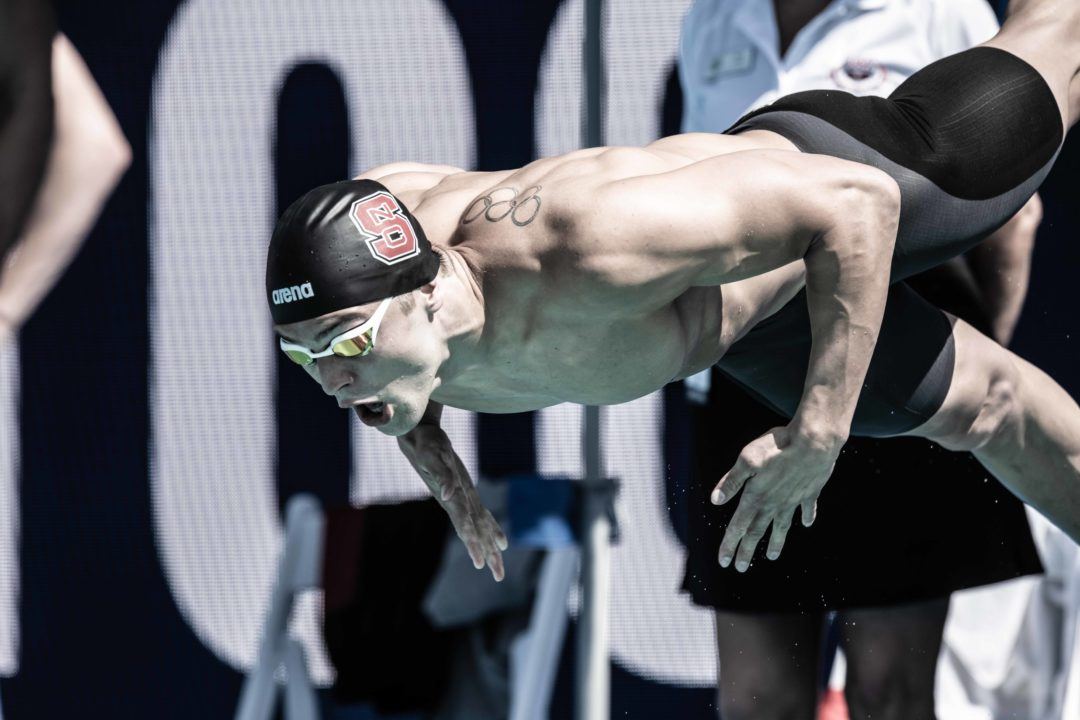 “Nothing against NC State. I love the coaches, love the program – they’re the team that built me. I wouldn’t be anywhere near where I am right now without NC State,” Held told SwimSwam. “I’m still going to cheer hard and loud for NC State. I’m going to swim with the diamond on. I just wanted a new mental start, just a change of scenery. I’m great friends with Cody and Blake, so it just seemed like a good fit for me.”

Held’s first international test was a big one: though he narrowly missed qualifying for an individual 100 free spot on the 2016 US Olympic Team, taking third at trials, he made the eventual gold medal 400 free relay team.

Back in the NCAA in 2017, Held led off NC State’s gold medal, American-record 800 free relay, nabbing an early lead in 1:31.37. Held won his first individual medal as the second-place finisher behind Caeleb Dressel in the 50 free, and took third in the 100 free. In his final season, he again led his team to a US Open record in the 800 free relay and an American record in the 400. Individually, he again finished second behind Dressel in the 50 and 100 free, and took fifth in the 100 fly.

Though he just missed a spot on the 2017 FINA World Championships team, Held won both a relay and individual gold at the 2017 World University Games.

Ryan, I wish you all the best at at IU. Great opportunity. Go pack!!

I hope that the IU way works as well as the NC State way has worked for you Ryan!!