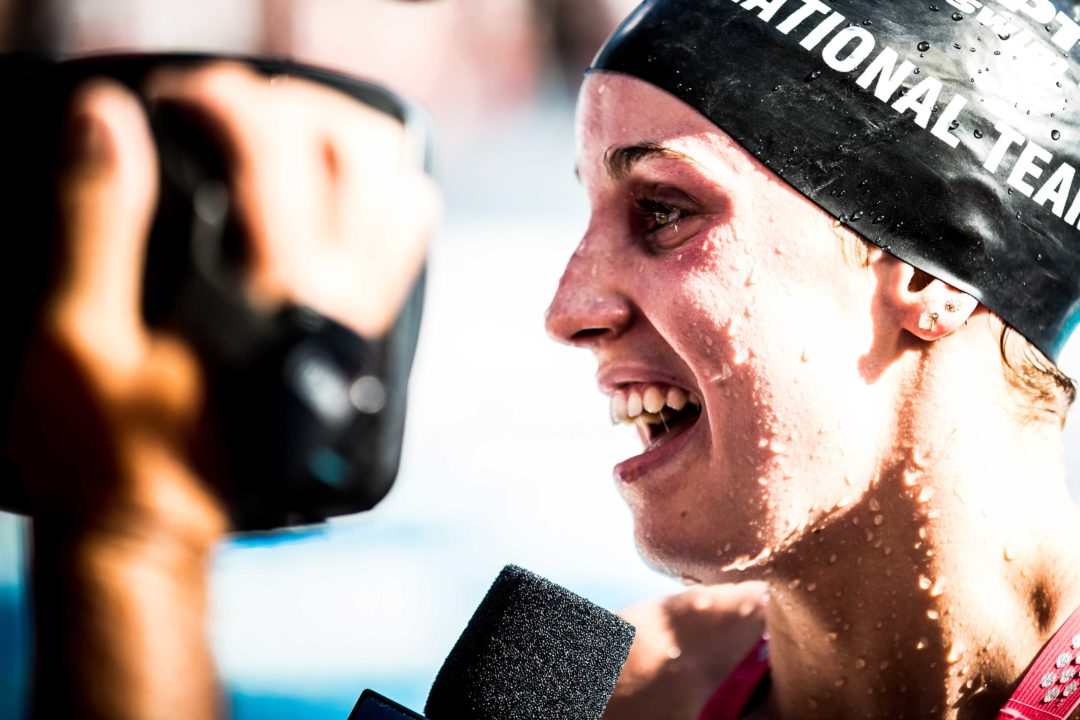 Our most recent poll asked SwimSwam readers to pick the most impressive individual world record of 2019 Worlds:

Question: What was the most impressive world record of 2019 Worlds?

Both swims were relative surprises. Both Smith and Milak were considered among the best young swimmers on the planet, and projected by many to challenge world records – but not this soon. Smith blasted to her world record via a three-second drop at the World Championships – she came into the meet still a good two seconds away from a Missy Franklin world record.

Milak, meanwhile, dropped about two seconds from his best, which had previously sat more than a second away from a Michael Phelps record. Both swims were incredibly similar, besting two of the biggest names in American swimming history, Franklin and Phelps, who had previously held the records. Milak gets extra credit for breaking a record from the super-suit era, and a record that really hadn’t been challenged in the decade since the full-body suits were outlawed. (Milak had the two fastest textile swims coming into the meet, and the closest anyone else had been to Phelps’ record since 2009 was a 1:52.9 from Laszlo Cseh in 2016).

Smith actually had her votes split a little, as her second world record, the 100 back, snagged 5.6% of the votes. Her double-world record status (plus a leg of the world record medley relay) may have given her an advantage over Milak in the poll.

Adam Peaty continued to be a victim of his own success – his 56.88 is one of the most dominant world records on the books, relative to every other swimmer in the event’s history. But it was much more expected than Smith’s or Milak’s, and didn’t pull the same volume of votes.

It’s a bit surprising to see Caeleb Dressel‘s 100 fly so low – he broke a supersuited Phelps record by a wide margin, and came back from a down summer of 2018. Dressel’s record was much more expected, too, though. Meanwhile Anton Chupkov‘s 200 breast really got the short end of the stick in poll numbers, finishing with just 11 votes.

Below, vote in our new A3 Performance Poll, which asks voters whether Smith should turn pro as a high school senior, rather than swimming at least one season in the NCAA:

… and so far the new poll on NCAA or Go Pro is running at 100% the latter – Ive never seen a unanimous (so far) poll here before.

You were probably the first vote. This was posted minutes ago.

There should be a counter to show how many people voted in the poll.

Would Regan be allowed to attend Stanford and train with the team, but not compete? Not saying she would or should, just curious…

Some programs only allow former members of the team train with them as post-grads. Sometimes it’s driven by the coach, sometimes by the school. I don’t know what Stanford’s policy on this is.