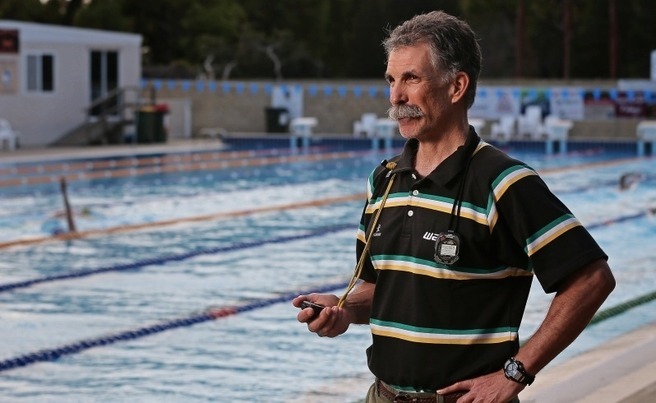 Matt Zimmer, VP Sales & Marketing at Dolfin: “It’s always exciting to add an extraordinary coach like Bud to the Dolfin team, but our partnership with him is even more thrilling because it allows us to take an important step to grow our brand overseas." Current photo via Ben Crabtree & Dolfin Swimwear

Dolfin Swimwear, the fastest growing swimwear company in the country, is pleased to announce the addition of internationally renowned coach Bud McAllister to its Coaches Advisory Board. With this partnership, Dolfin takes its coaching network worldwide – McAllister is the first of the five Coaches Advisory Board members to be located outside of the United States.

“It’s always exciting to add an extraordinary coach like Bud to the Dolfin team, but our partnership with him is even more thrilling because it allows us to take an important step to grow our brand overseas. With many great products on the market, we’re honored that Bud sees Dolfin as the best in the industry and proud that he wants his swimmers in our technical apparel. We’re looking forward to gaining valuable feedback and insight from such a high-caliber coach.”

The exceptionally talented McAllister is currently the head coach at the Western Institute of Sport (WAIS), Perth Northern Suburbs High Performance Centre located in Perth, Australia, where he works with a host of elite swimmers. No stranger to the coaching world, McAllister began his coaching career in 1980 as the Assistant Coach to the Mission Viejo Nadadores swim team in Mission Viejo, California and has since worked in the United States, Canada, Britain, and now Australia.

McAllister primarily chose to join the Dolfin team because of Dolfin’s outstanding products, saying, “My swimmers love the new Titanium technical suit – they feel it is the fastest suit they have ever worn!” And there’s no doubt that McAllister’s swimmers know about being fast. Though he’s coached quite a few of the greats, perhaps his biggest success was coaching Janet Evans to the top of the swimming world – he guided her to three gold medals at the 1988 Olympic games in Seoul, South Korea. His swimmers have cumulatively won 5 Olympic and numerous World, Pan-American, Pan-Pacific, Goodwill, Paralympic, Commonwealth, and European Championship medals. Additionally, they have broken six World records and several Olympic, American, Japanese, Canadian, British, European, and Commonwealth national records.