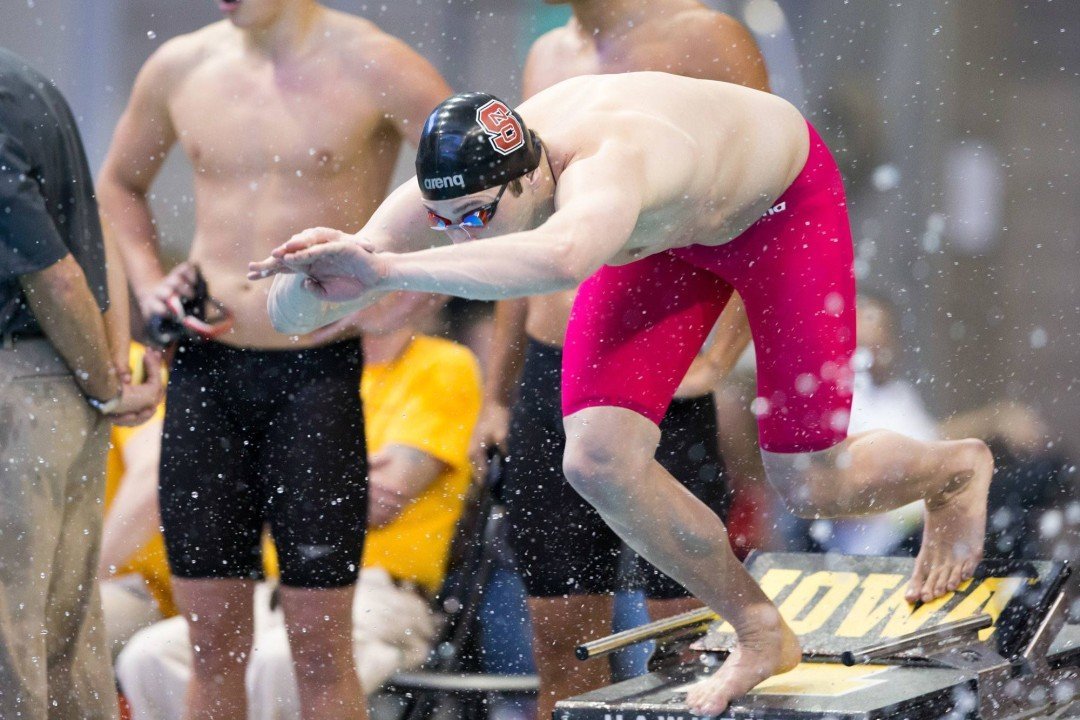 Highlights from some of this weekend's Invitationals. Current photo via Tim Binning/TheSwimPictures.com

This weekend’s invites saw standard setting swimming across the nation. Here are a few of the highlights from four of this weekend’s big meets, in case you missed them:

At the Georgia Tech Invite, competition was in long course- giving swimmers the opportunity to hit their Olympic Trials cuts. At the meet, there were thirteen swims that were under the Omaha standard. Four of those were from Americans. These included Georgia Alum’s Maddie Locus (50 free, 25.79), as well as the Alabama trio Mia Nonnenberg (400 IM, 4:52.75),  Luke Kaliszak (100 back, 56.44), and Alex Gray (200 free, 1:51.76).

The final team scores saw the Alabama men on top, while their women were second to Arkansas. The host team, Georgia Tech, came third in the men’s competition and fifth in women’s:

This weekend at the Ohio State Invitational, prelims were swum in long course meters, while finals were swum in short course yards. Throughout the weekend, there were over forty swims that were within the Olympic Trials qualifying times. One of the stand-out’s from the meet was Caleb Dressel‘s 50 free. He touched in 18.77, just 1/10 slower than he was when he won NCAA’s last year. This time marks the first sub-19 swim in the NCAA this year. Here are how the team scores shook out:

One of the stand out swimmers at this meet was NC State’s Hennessey Stuart. He hit the “A” qualifying bench march in the prelims of the 200 back on Saturday morning- touching in 1:40.22. Stuart did not compete in the finals of the 200 back, allowing UNC’s Nic Graesser to get the win in 1:46.41. Stuart was a little over a second off the “A” cut in the 100 back in both the prelims and the finals. But he was well under the “B” standard in the event. Another notable absence from the meet was NC State’s Simonas Bilis,  who missed the first two days of the meet, going on to only swim a relay on day 3. Below are the team scores:

Individually, Stanford freshman Ella Eastin put up some of the biggest numbers, particularly a 4:01.04 in the 400 IM that would have won last year’s NCAA title. Utah won the men’s title, led by three wins from Bence Kiraly, and Texas A&M took the women’s meet, getting an A cut of 21.86 in the 50 free from Beryl Gastaldello.

Looks like you need to check out the Tennessee Invitational also for some nation leading times.

The team scores listed for the Ohio State Invite are not the final scores. Florida men won.