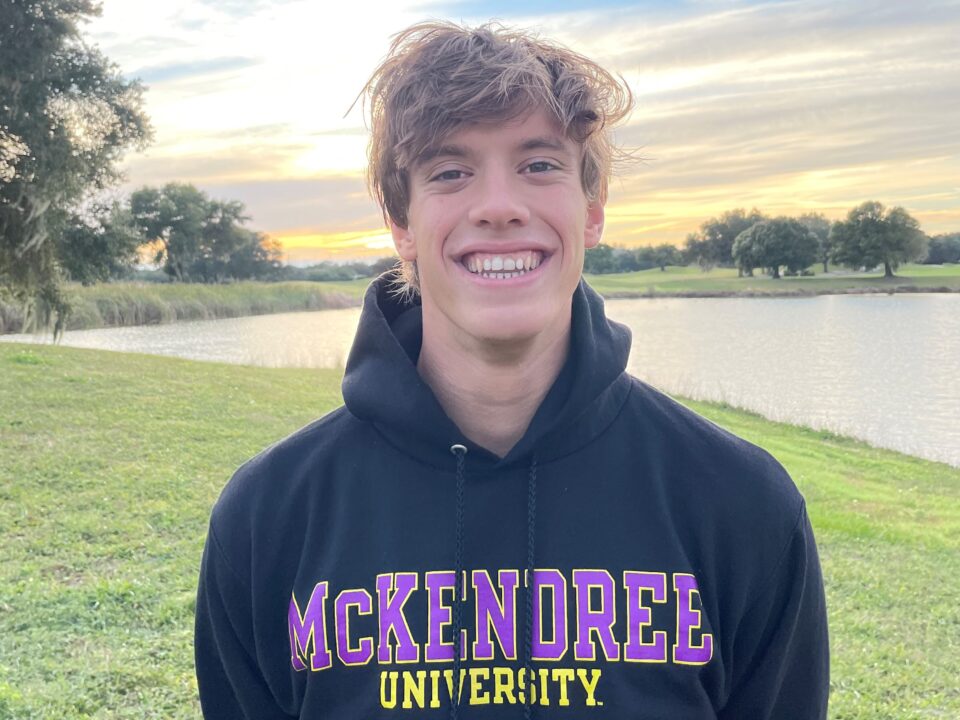 Runge will make the trip north from Florida to Illinois as he has committed to McKendree University as a member of the class of 2026. Current photo via Frank Runge

Frank Runge from Bradenton, Florida has announced his commitment to continue his academic and athletic careers at Division II McKendree University beginning in the 2022-2023 school year.

“I chose McKendree because of the outstanding coaching staff and the uplifting team environment. Go Bearcats!!”

McKendree University is a private university located in Lebanon, Illinois. The school is a member of the Great Lakes Valley Conference (GLVC).

The team finished fifth out of ten teams at the 2021 GLVC Championships. Based on his best times, he has the potential to be an immediate points scorer for the team. His times would have earned him a top 16 finish in the 500, 1000, and 1650 freestyles as well as a top 24 finish in the 400 IM.

McKendree lost their highest points scorer at both the conference and national levels, Fabio Dalu, as he transferred to Ohio State this year. Dalu’s strongest events are the same as Runge’s. Runge will try to help fill some of the gap in the distance events at the conference level.

Runge will arrive on campus in fall 2022 as a member of the class of 2026 along with Harrison Miller, Ian Garwold, Caden Brooks, Kadence Griffin, Colin Gibson, and Preston Troyer.