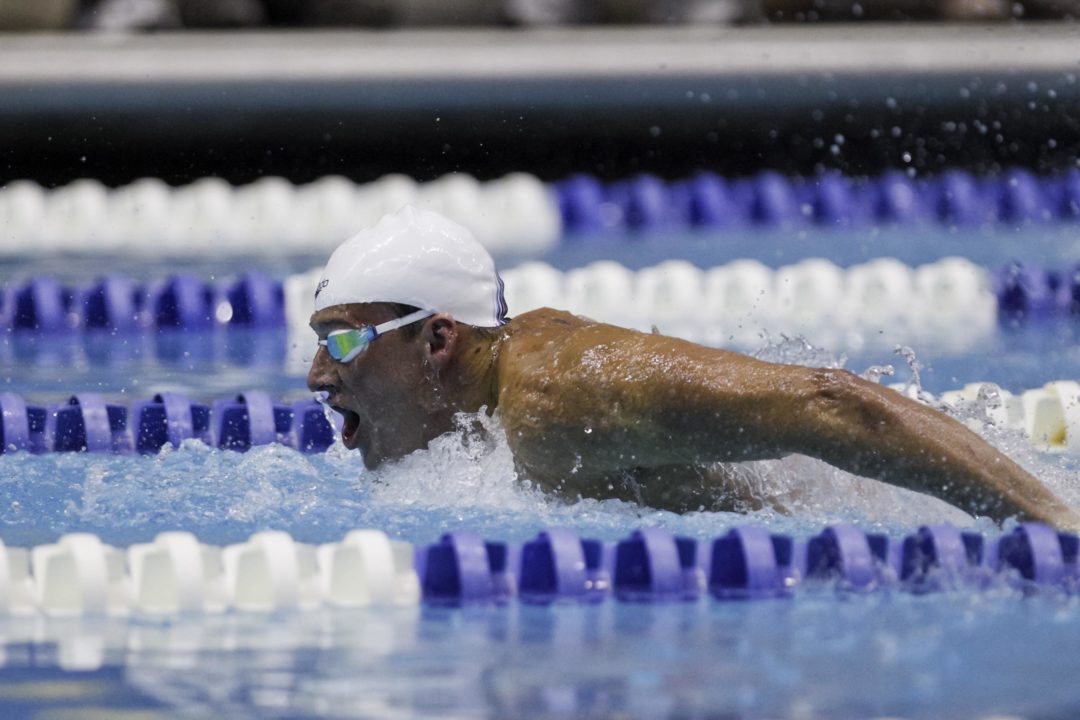 The heat sheets are posted for day 6’s prelims in Omaha, Nebraska, and this could be a bit of a...

The heat sheets are posted for day 6’s prelims in Omaha, Nebraska, and this could be a bit of a marathon session, thanks to 7 heats of the women’s 800 free kicking the day off (that should run just over an hour). Other than that, we will kick off what should be a good morning session, where we’ll see the beginning of the men’s 100 fly prelims that has one of the more compelling second-place battles between the likes of Tim Phillips, Tyler McGill, Davis Tarwater, and a few others.

But here’s the stunning name in the mix: Ryan Lochte. He warned that he might swim some unusual events at this meet, and despite having a double with the 200 back and 200 IM finals on Saturday evening, he is still entered in the 100 fly for the morning session. It’s not clear what his motivation might be there – unless he thinks his chances at making the medley in the 100 fly are better than the 100 back right now (though swimming a triple would be ludicrous – if anyone could do it).

Swimmers who won’t be in that race include David Nolan, who has struggled this meet, and Jack Conger, who will be resting for his 200 back final in the evening session.

The women’s 800 free has a couple of significant scratches: Cal swimmers Lauren Driscoll (future) and Catherine Breed. Allison Schmitt has also scratched the longest race on the women’s pool schedule, with the 100 free in the evening. Elizabeth Beisel was another scratch from this race, which will be a “thank goodness” moment for a lot of swim fans as she will also be swimming the 200 back.

North Baltimore’s Chris Brady scratched the 50 free, but that’s not really a surprise: his chances at a final in the 200 fly are heads-and-tails better.

But perhaps the most surprising scratch of all is that Megan Romano is dropping the 200 back; after missing the 100 free final, and placing outside of the top 6 in the 200 free, that means she’s putting all of her eggs in the basket of the 50 free to earn her ticket to London.

Let him race the king of the Butterfly and see how that goes for him…..

I’ve just entered myself in the 100 Fly. Is it too late? What time is it there?

Ryan Lochte is so powerful now that it isn’t surprising. If he qualified in this race for London he would swim in the prelims of the men’s 4X100 medley relay and would win a gold medal like the other swimmers of the team.
The meet of Megan Romano has been bad. Perhaps she will be better in the 50 free but I doubt. She has been for me the biggest disappointment of these trials. She was on fire since last year and she hasn’t destroyed her times like many swimming fans thought. I saw her around 53.50 in the 100 free and around 1.56 in the 200 free and she has swum much slower. She would have been a… Read more »

McGill is going 51.0-51.2. Phelps may be getting warn down so I put him around the same. Phillips should be fast as well. Lochte has no chance in the 100 Fly!

I agree I don’t think he has a chance at a relay spot….should just focus on other events

I think fully tapered he could swim 51 low in the 100 fly. I agree, he should focus on other events but why would he swim the prelims if he thought that he had no chances?

I’m not surprised on his decision swimming the 100 fly. His main focus tonight will be the 200 Back and the 200 IM. I don’t think he will try to conserve any energy in response to his 100 fly semi finals. He will make the top 8 for tomorrow night, he did post a 52.3 in the event at a grand prix this year. Since he has no events tomorrow or the rest of the meet, why not go out and give it all he has for his last swim. I’m sure that is his and Greg Troy’s mentality on the decision to enter it.

I’m not shocked that Lochte will do the fly; he said he wanted to be on all 3 relays; it doesn’t look like he’s earned a sure spot on the 400 FR, and this is his last shot at the medley relay since his back wasn’t fast enough. I’m guessing he’ll just do the prelims- go all out in the morning and try to do a 51 low; butI don’t think even he could pull off a triple tomorrow night.

Why just the prelims? The men’s 100 fly semi is the last event tonight and if he’s seriously interested in a relay spot why not go for top 8…his program is clear Sunday for the final.

I agree. I think he will do the triple. Swimming prelims would serve no purpose.