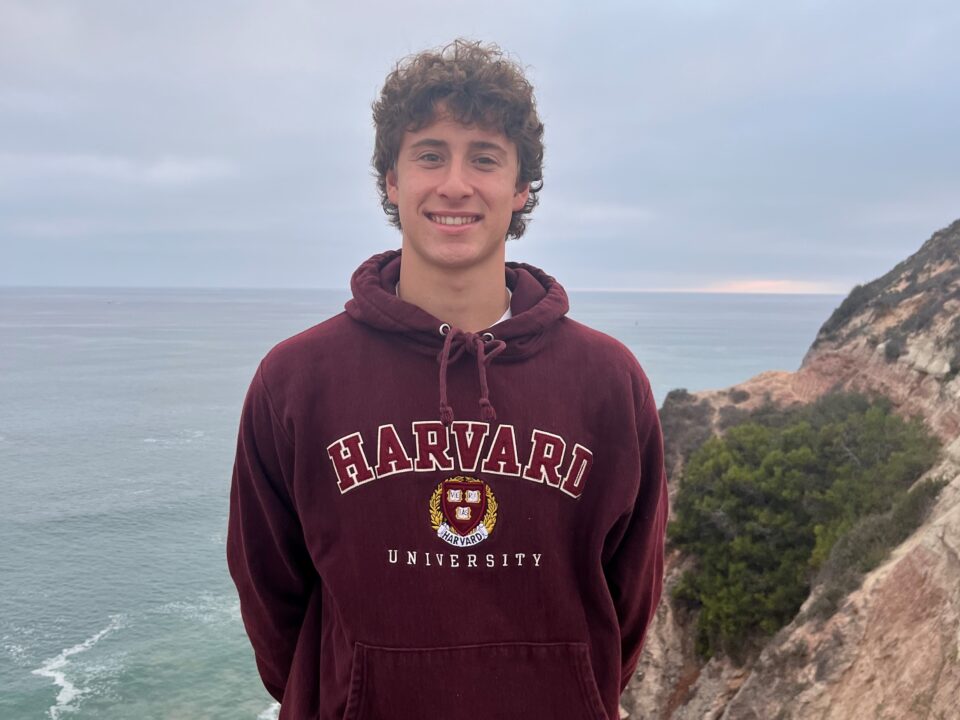 Butterflyer David Schmitt has verbaled to Harvard for 2023-24 with times that would already score in the A-finals of the 100/200 fly at Ivy Championships. Current photo via David Schmitt

David Schmitt from San Juan Capistrano, California, has announced his verbal commitment to the application process* at Harvard College.

“I am very excited to announce my commitment to swim and study at Harvard College. Thank you to my coaches, friends, family and teammates for always supporting me. A special thanks to Coach Kevin for making this opportunity possible. Go Crimson!”

Schmitt will join the Crimson next fall with #15 Sonny Wang, giving Harvard two of the top-20 recruits in the class of 2023. That will go a long way to fill in the hole left by the just-graduated sixth-years, Dean Farris and Raphael Marcoux, who led Harvard to five straight Ivy League men’s titles. Schmitt’s 100 and 200 butterfly times would have put him in the A finals of both events at the 2022 Ivy League Championships. Harvard had four A-finalists in the 100 (1st Umit Gures, 3rd Aayush Deshpande, 5th Mahlon Reihman, and 7th Marcoux) and two in the 200 (4th Deshpande and 6th Jacob Johnson).

Schmitt has a twin brother, Thomas Schmitt, who is also a swimmer.

He is wearing my Haaavaaard tie!