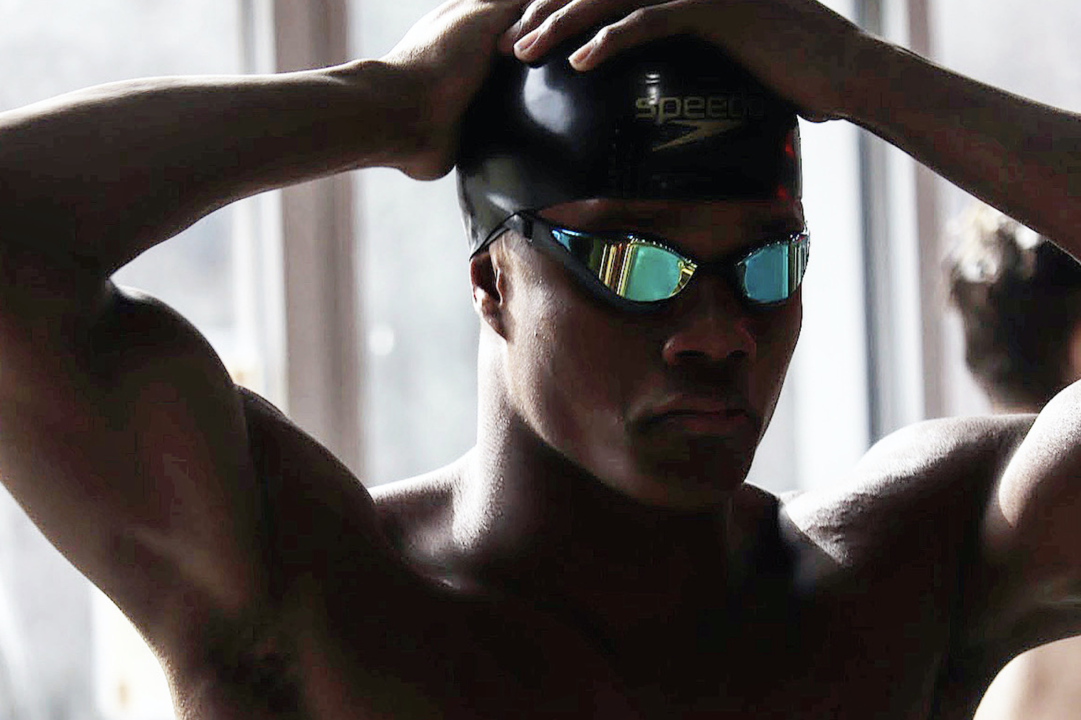 In both events, Curtiss was within hundredths of his lifetime best. He tells SwimSwam that these times were unrested and untapered after a morning lift. Archive photo via Aidan Medina

In both events, he was just hundredths off of his lifetime bests. His best in the 50 free, 19.42, is from the 2020 Easterns Championships (typically the fastest private high school/prep school championships nationwide). In that race, he took down Ryan Murphy‘s National Independent HS Record of 19.54 from 2012. In the 100 free, he’s been 43.77, a time he also hit at Easterns in February.

Curtiss told SwimSwam that his performances over the weekend were done unshaved and untapered after a morning lift. His last official swims, per the USA Swimming database, where at a Hamilton meet on November 1, when he clocked lifetime bests in the 200 free (1:39.95), 100 IM (52.06) and 50 breast (25.66).

Below is a video of his 50 free from this past weekend.

Note: SwimSwam hand-timed to verify the time from this meet, which does not currently have results available, clocking times of 19.42, 19.37 and 19.49.

Curtiss is coming off of a huge summer of 2019 where he snagged a silver medal in the 50m free at the 2019 World Junior Championships (going 21.95 in semifinals). An NC State ’25 commit set to join the Wolfpack next fall, Curtiss should make a huge impact on their roster; before he joins the team, though, he’ll be a dark horse pick for the Olympic roster in the 50 free next summer.

Pretty bold prediction. Lots of people competing. Dressel plus one in 50
Gonna have to go 47 to make 400 relay

He’s younger than Adrian/Andrew etc., seems to still be improving, and all I said was dark horse pick. He’s already under 22, so I don’t think it’s bold at all.

The 100 is a completely other story, though, and I don’t think he’s close to that level yet.

Man he is impressive….wonder he can do for a 50 fly and 50 back…I would think he could obliterate the field for the back half of a 200 IM!