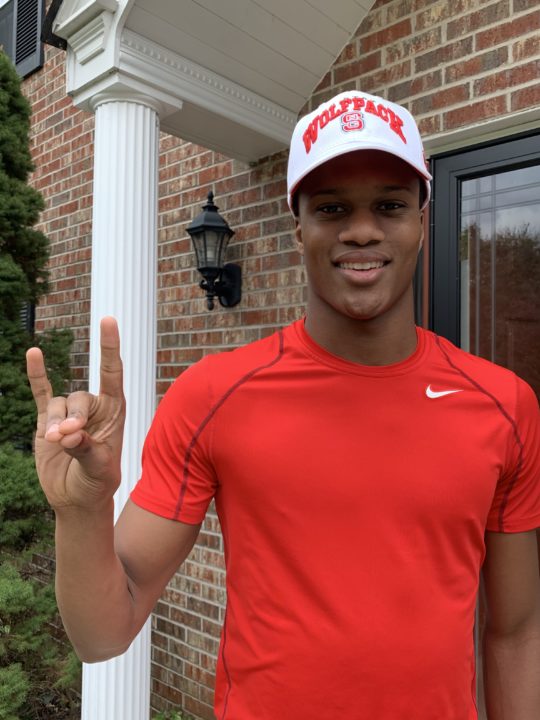 At the 2020 Easterns Interscholastic Swimming and Diving Championships on Friday, Pennington junior David Curtiss made history. Curtiss, an NC State commit, won the 50 free in 19.42, taking down the National Independent School Record. The former record stood at a 19.54, which was set on the 200 free relay leadoff by Olympic Champion Ryan Murphy of Bolles back in 2012.

That was a drop of nearly 3 tenths for Curtiss, as his former best was a 19.70 from the 2019 Easterns meet. The National Public High School Record, which is also the overall record, stands as a 19.29 done by sprint legend Caeleb Dressel of Clay High School in 2013. Curtiss is now the 7th fastest American ever in the 17-18 age group. He moves ahead of Olympic sprint medalists Anthony Ervin and Gustavo Borges, who are now tied for 8th.

In addition to his individual swim, he anchored Pennington’s 200 free relay in 19.43 and swam a 24.83 breast split on the 200 medley relay. The Easterns meet continues tonight. Curtiss is slated to swim the 100 free individually. He’s entered just a tenth away from the Meet Record, which was set by Olympic sprint medalist Borges of Bolles back in 1991.

Keep training, your in Your way.
Stay focused.