Dana Vollmer to Return to Pool for 50 Free, While Pregnant, in Mesa 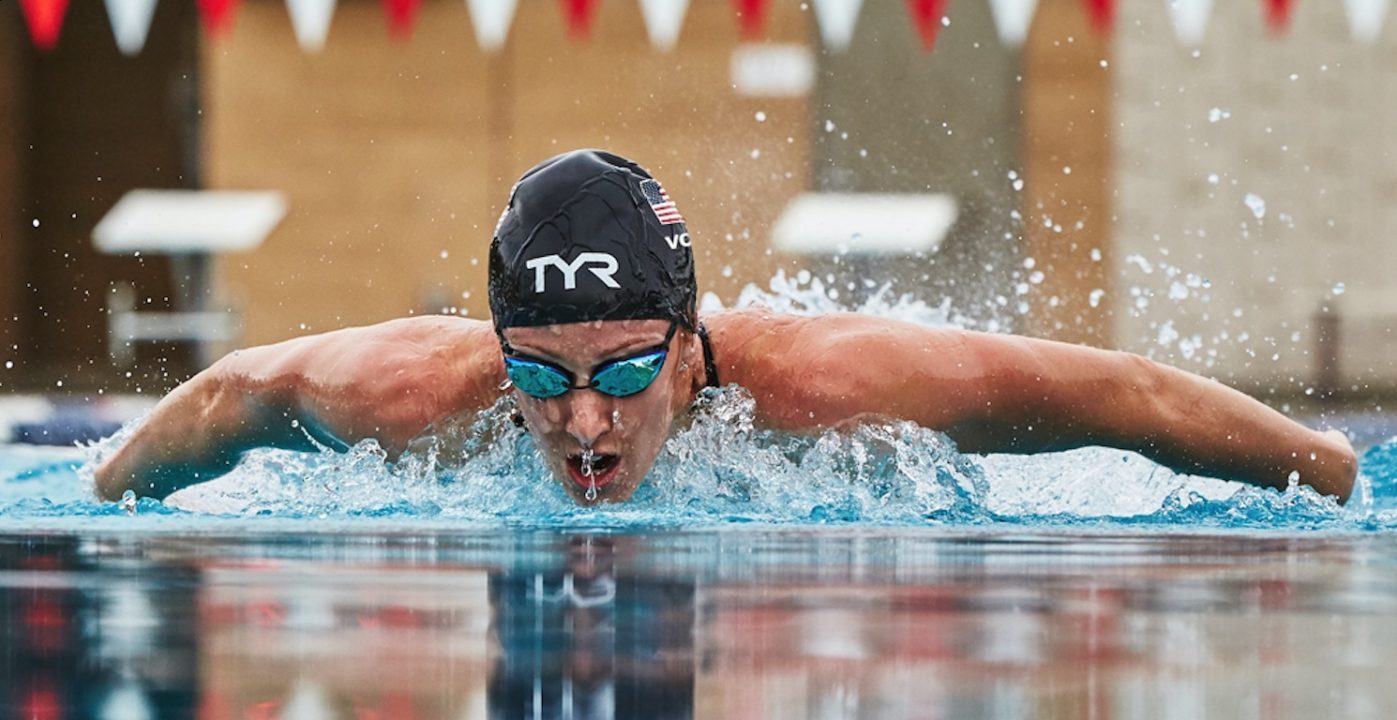 American Olympic Champion Dana Vollmer will make her post-Olympic competitive debut next month at the Arena Pro Swim Series stop in Mesa. While she won’t be the only Olympian at the meet, she will likely be the only one who will compete while 26 weeks pregnant.

In a Facebook post on Thursday afternoon, Vollmer says that she’s “started having dreams about being at competitions” and that “it’s been too long.” So, she will swim one race, the 50 meter free, at the next stop of USA Swimming’s pro/am series.

Her best time in the 50 free is a 24.69 that she did at last year’s Pro Swim Series stop in Mesa, so the pool holds some good spring memories for her.

Vollmer and her husband Andy Grant are expecting baby #2 in July of 2017. Vollmer stepped away from competition after the London Olympics too and gave birth to Arlen in early 2015. She was back in the water in time to win bronze in the 100 fly the 2016 Olympic Games and gold as part of the 400 medley relay – a follow-up to her 3 gold medals (100 fly, 800 free relay, 400 medley relay) from London.

The Arena Pro Swim Series at Mesa will run from April 13th-15th at the Skyline Aquatic Center.

Does she need to start in the water? Would you dive in 26 weeks pregnant? And what is the world record for the 50 Free while 6 months pregnant? I’m thinking she’s got a great shot.

Six months pregnant is easy. Flip turns are hard at 8 months, I think. But this is LC so no turns. I am a man and I have all the answers.

Who said she was doing either?

If a woman is used to racing and training I think it is a good idea. If she has done nothing all along and wants to race a 50 then it can be bad. Prematurely stopping an exercise routine is a bad idea. Six months is too early to stop.

It isn’t the exhaustion people are referring to. It’s the fact that her entering the water from a dive could cause placental abruption.

I would definitely not take the risk… not worth it. Her choice, though.

And not only that mechanical disturbances. Just recently at NCAA I saw swimmers vomiting and losing conscience or getting completely disoriented at the end of serious race. The body temperature is changing, the heartbeat increases dramatically, the endocrine system performs differently and there is a temporary oxygen starvation that hurts swimmers muscles and brain. It is a stress and biological systems of swimmer react correspondingly. Why would some want to put rapidly developing child’s body at stress when the slightest variation in mother’s body temperature and blood composition can affect severely genetic building process. Unless of course it isn’t going to be a serious race. Her pregnancy is going well most likely, she feels ok and she just want to… Read more »

I was in a kickball league where a woman played until 30 or 32 weeks pregnant. She said her doctor didn’t object.

Hold up….. they have kick ball LEAGUES??

There’s TONS of them. Some are more competitive than others. When the rules are well-executed, it’s a fantastic game.

Is there some scientific basis for your contention that it isn’t a great idea?