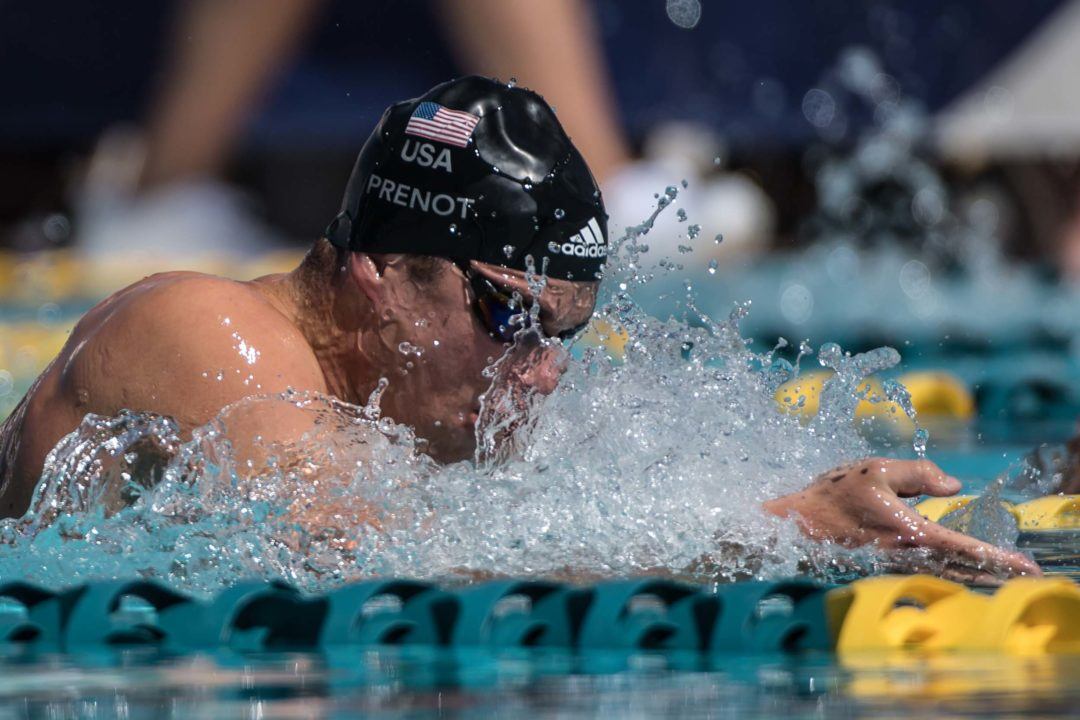 Here’s the best of the best (or just funniest) things that the top athletes in our sport had to say this weekend.

Josh Prenot took over the men’s point lead in the Arena Pro Swim Series, nabbing 14 points at the Mesa stop.

Prenot passes up Daiya Seto, who led for the first two legs but did not compete in Mesa as he was halfway across the world swimming Japanese Nationals instead. Prenot has been a steady point-scorer at all three stops of the tour, and is now 14 points ahead of the top American challenger. Only American athletes will be able to compete at the tour’s final stop, U.S. Nationals, which is worth double points.

On the women’s side, Melanie Margalis still leads, though her production has cooled off after a massive 19-point opening meet. Margalis has scored just 6 at each of the past two stops, but still leads the series by 9 over Canada’s Mary-Sophie Harvey.

Katie Ledecky made her 2017 Pro Swim Series debut, nabbing a whopping 18 points to lead all swimmers in Mesa. She now sits in a tie for third having swum just one of three tour events.

The tour continues with three more stops: Atlanta in May, Santa Clara in June and U.S. Nationals in late June/early July.

Money side needs to go up from here. A lot.

A 4 year college scholarship would’ve been a lot more financially beneficial to MA then his pro deals.

And for his swimming seeing as he’s seemingly flatlined

and would have improved his underwaters more than he can hope to with his current situation.

Michael Andrew is the 6th ranked American on the money list and has only made $900 after 3 events. We need to get more sponsors to this sport and start raising the pay. Olympic breaststrokers Cordes and Miller are only at $600 and $400.

At a minimum, it would be nice for the top 30 Americans to at least be able to support themselves so they can train full time. Only 2-3 like Phelps, Ledecky, and Franklin get the big endorsement deals.

What can we do to get another 0 added to these awards? Maybe we could make Olympic sponsorship of swimming a 4-year deal, not just the Olympic year. Great Britain invested heavily in their athletes several years… Read more »

It’s all about eyeballs. If there were more people interested in following swimming, watching PSS events, etc. then more money flows through because ad spots are more valuable. I’m unaware of any other organic way to sustainably increase $ in the sport.

So what is the problem? Why aren’t there more eyeballs?

Part of me thinks that this is not an issue with the sport itself, because there are eyeballs for 10 days on the Olympics. Swimming is one of the most exciting events in games even for non-swimmers. If swimming itself were ‘boring’ to outsiders than why the excitement for the sport during the Olympics? If we can find creative ways to channel even a small portion of that… Read more »