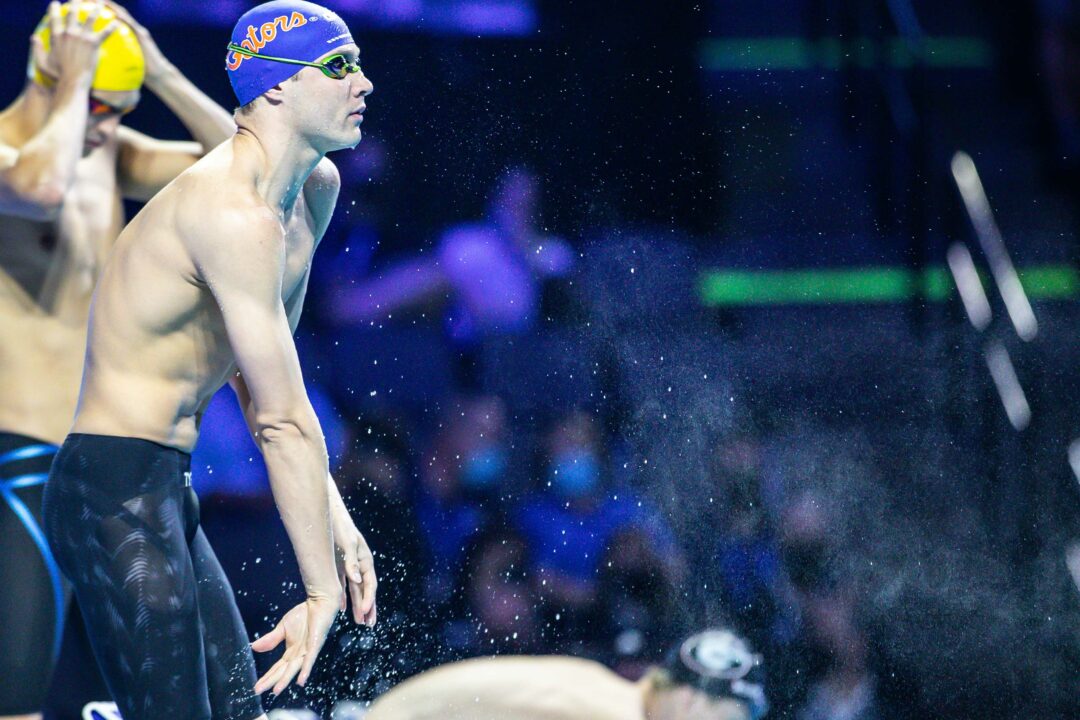 There were 3 swimmers responsible for the Gators sweep, each of whom won 2 titles. Rising Florida senior Kieran Smith was the first Gator to win, taking both of the first 2 men’s free events. Smith took the 400 free on day 1 in a new personal best of 3:44.86, vaulting himself into the top 10 in the world this year. He then claimed victory in the 200 free, posting another lifetime best – 1:45.29.

The pair both train with the varsity team at the University of Florida, which is led by Anthony Nesty. Nesty, a former Gator athlete himself and Olympic gold medalist, is already considered one of the most successful coaches among athletes who achieved his level of success as an athlete. In 2018, he was promoted from being Gregg Troy‘s long-time assistant to the head coach of the men’s team when Troy retired. This off-season, he was also put in charge of the women’s program after Jeff Poppell left to become the head coach at South Carolina.

Caeleb Dressel, who graduated from Florida in 2018, but still trains with the adjacent Gator Swim Club under Troy, won the other two men’s free events. Dressel took the men’s 100 free on night 5, clocking a new U.S. Open Record of 47.39. The swim was a touch off Dressel’s personal best of 46.96.

Dressel capped his meet by matching his own American Record in the men’s 50 free. He swam a 21.04, making him the top swimmer in the world this year by nearly 4-tenths of a second.

Dressel will win 8 golds in Tokyo.

He can only win 7 and that’s if he’s on every relay we have, including mixed medley.

Best collegiate program in the US for becoming the best version of yourself.
Troy, Nesty and co have built something great.

Maxime Rooney didn’t seem to think so and unfortunately paid the price for leaving. Watching Tokyo on TV like the rest of us

That was insane, Troy the GOAT

Greg and Nesty.. two of the best coaches in the business. Congrats to them.

more interesting to think Troy is often associates with high volume training that is not suitable of sprinter and his athlete won the sprint free events, while Nesty himself more a sprinter and turn out coaching two swimmers to won all mid-distance and long-distance freestyle events at trial.

I’ve seen the “Troy training” comments more than once in recent years – and they were not complimentary. I happen to think those comments were misguided. Troy has had many successful swimmers in his career, including sprinters. Obviously Dressel is now proving many of Troy’s critics wrong. I will admit to being biased in favor of Troy – he was my coach in the late 70’s.

With all due respect to coach Troy and your experiences with him – it’s pretty widely acknowledged within swimming circles that Troy’s typical training was not good for Caeleb, that Caeleb was never doing Troy’s full training in college (though as the head of the program, of course we must still credit Troy for the atmosphere that created Dressel), and that Troy’s full force training was responsible for a lot of the struggle in 2018.

But, it sounds like Troy has adjusted since. So, good for him. But – I don’t think the training that created Lochte, for example, is what created Dressel.

Are you saying that the motorcycle accident Dressel had in 2018 was only a minor impact to his performance, and that Troy’s training was the real culprit?

That’s what good coaches do. They learn from their athletes and recalibrate. The Troy I knew at Bolles is nothing like the Troy UF had, and the Troy UF had is very different from the Troy the postgrad group has.

It’s a sprint for him lol