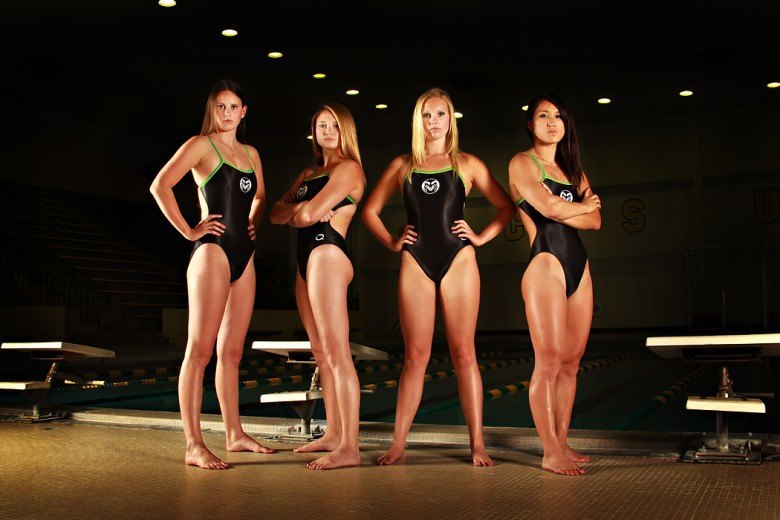 The Colorado State Rams prepare for their final out-of-state dual meet of the season on Saturday, traveling to Laramie, Wyo., to take on one of their fiercest rivals. Current photo via CSU Athletics

The Colorado State Rams prepare for their final out-of-state dual meet of the season on Saturday, traveling to Laramie, Wyo., to take on one of their fiercest rivals. Wyoming stands at 6-2 on the season, in addition to two invitational victories. Both CSU and Wyoming have common victories over New Mexico, and both fell to Denver this season. Wyoming, coached by Tom Johnson, is unofficially ranked No. 41 in this week’s College Swimming poll.

“It’s always a challenge to go up to Wyoming and swim at Corbett Pool,” Head Coach Christopher Woodard<http://www.csurams.com/sports/w-swim/mtt/christopher_woodard_757297.html> said. “It’s definitely one of the tougher facilities in the nation, I think, to swim at. It’s going to be incumbent upon us to make sure we get out early in our races, that we are hitting our turns well and that we’re thinking about all the fundamentals in the back half of the races when the fatigue sets in. That’s going to be more important for us than any outcomes. It’s nice to have the wins, but it’s all about process right now.”

Not only will CSU be facing one of the top teams in the Mountain West, but they’ll also be doing it at a high elevation.

“For most, if not all, of the freshmen this will be their first time competing at 7,000 feet,” Woodard said of the 2,000-foot elevation increase. “It’s not radically different from swimming here at 5,000 feet, but it’s another benchmark. It’s a daunting task, especially considering we’ll be going into a semi-hostile environment. I’m looking for toughness; I’m looking for people with an ability to shut out the distractions and focus on what they need to do.”

While CSU is 41-8 all-time against its rivals to the north – more victories than any other opponent – the Rams are looking to snap a four meet losing streak against the Cowgirls, dating back to 2009-10.

“I don’t think the rivalry ever doesn’t factor into our lineups and the way we approach the meet,” Woodard said. “For years – when I first came here as an assistant – we had a strangle hold on Wyoming, but TJ (Wyoming head coach Tom Johnson) and his staff have done an excellent job at elevating the program. They come prepared to most every meet; it’s hard to catch them by surprise. I assume they will be fired up, no matter what our record is.”

FAST START
The Rams have won four of their past five dual meets, and with a 5-3 overall record, are off to their best start since 2009-10, when the team started 7-1 and finished the year 8-2. With a win Saturday, CSU can extend that figure, and total its most wins in a season since 2009-10. The Rams would also guarantee their first winning record since 2009-10.

SHEPARD NAMED MOUNTAIN WEST SWIMMER OF THE WEEK
For the second consecutive week a Colorado State athlete has been honored by the Mountain West. On Wednesday, sophomore Jessica Shepard<http://www.csurams.com/sports/w-swim/mtt/jessica_shepard_826817.html> was named the Mountain West Women’s Swimmer of the Week<http://www.csurams.com/sports/w-swim/spec-rel/012214aab.html>.

The award is Shepard’s second honor, also receiving accolades on Nov. 13. As a program, CSU has earned four weekly honors this season – two from Shepard and two from sophomore diver Ariana Milone<http://www.csurams.com/sports/w-swim/mtt/ariana_milone_826816.html> – the most since the 2002-03 season.

SUCCESS ON THE BOARDS
Although the pool is filled with many young faces, CSU returns intimidating strength on the boards. Sophomore Ariana Milone<http://www.csurams.com/sports/w-swim/mtt/ariana_milone_826816.html> has twice been named the Mountain West Women’s Diver of the week, and CSU has shined bright each meet, generally winning by a large margin.

In the team’s most recent meet, against New Mexico on Jan. 18, Milone scored 294.08 on the 1-Meter springboards, second-best in CSU history. The Rams should be able to count several of their divers to score points at next month’s Mountain West Championships.

“We should almost be called ‘CSU Diving & Swimming.’ Our diving team is phenomenal,” Woodard said. “Obviously Ariana is at the top of that list right now, but across the board all of them scored at conference. Now we have three newcomers, so we’re very excited to see what they can do.”

LOOKING AHEAD
The Rams will conclude their dual-meet season with contests against local rivals Northern Colorado and Air Force next week, facing the Bears in Greeley (Friday, Jan. 31), before hosting the Falcons the following day (Saturday, Feb. 1). The home meet vs. Air Force, scheduled to begin at 12 p.m., is an Orange Out, and admission is free.

The divers will be in Colorado Springs the entire weekend, competing in the Air Force Diving Invitational.

This release was provided to SwimSwam courtesy of CSU Swimming and Diving.