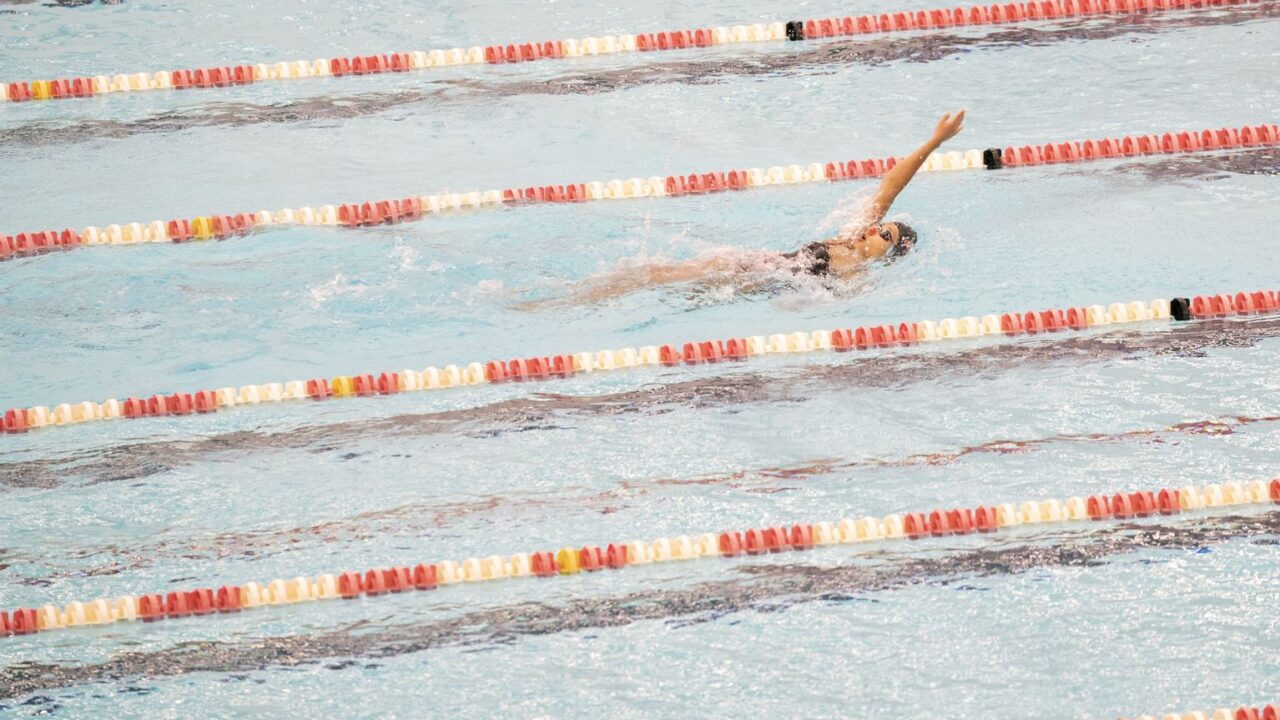 Nebraska's annual intrasquad was a competitive one, with the two teams separated by just two points at meet's end. Current photo via Jordan Opp/Nebraska Communications

Shannon Stott and Lexi Kucera each collected an individual title and runner-up finish, while also contributing to a winning relay, propelling the Cream to a victory over the Scarlet, 91-89, at the annual Intrasquad meet on Wednesday.

“This is the most competitive Scarlet and Cream meet we have ever had,” Nebraska head coach Pablo Morales said. “Two points separated the two teams. It was a really good foundation for the year ahead.”

Stott and Kucera were joined by senior Madesyn Ronquillio and sophomore Sydney McCracken in the 200m medley relay to give the Cream their first win of the day.

Stott, the senior from St. Albans, Great Britain went on to win the 100m butterfly, while Kucera (Hutchinson, Minn.) finished as runner-up and senior Berkeley Livingston took third for the Scarlet.

Freshman Gena Jorgenson had a successful Devaney Center debut, notching a pair of individual titles in the 200m and 400m freestyle events, while swimming in the winning 200m freestyle relay for the Scarlet. Emily Haimes, JoJo Randby and Sarah Barton joined Jorgenson in the victorious relay.

Ronquillio (Tracy, Calif.) added a 100m backstroke win to her day, while Gabby Donahue took second for the Scarlet.

Capping off the Cream wins on the swimming side, Kucera won the 50m freestyle and Giulia Marchi, a freshman from Asola, Italy, took the 100m freestyle. Marchi added a third-place finish in the 50m freestyle, finishing right behind runner-up Haimes.

Livingston (Lincoln, Neb.) swam to victory in the 200m IM, with sophomores McCracken (Kennett Square, Pa.) and Maia Hall finishing in second and third. Hall (Whitby, England) went on to take the title in the 100m breaststroke, while McCracken notched another runner-up finish.

In the diving well, Reagan Hinze came out on top and Ellee Delcamp took second, both scoring points for the Cream.

NU is set to open its regular season on Oct. 7 at 4 p.m. when they take on South Dakota State in Brookings, S.D.