Alicia Coutts Inspired by giving back 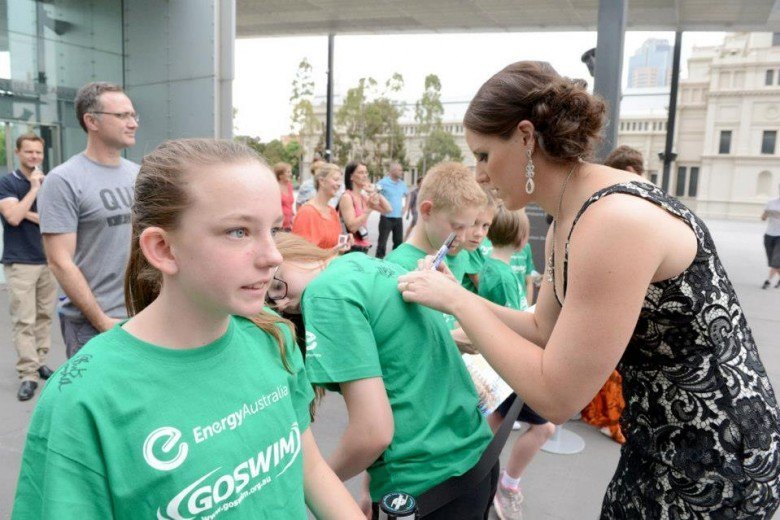 John Fowlie has coached Alicia Coutts for the last seven years and in that time the two have had a very...

John Coates represents one of two Vice Presidents elected at the 136th session of the International Olympic Committee (IOC) this week.

John Fowlie has coached Alicia Coutts for the last seven years and in that time the two have had a very successful partnership. Coutts has won 16 international medals for Australia over the last three years and was the country’s most successful Olympian winning five medals in London (gold – 4 x 100 freestyle relay; silver – 200 IM, 4 x 100 medley relay and 4 x 200 freestyle relay; bronze – 100 butterfly).

In this first of a two part article John Fowlie spoke to SwimSwam about how Alicia Coutts has found inspiration and motivation through giving back to the community in different ways.

Fowlie was thrilled with how his young charge swam in London, but knew that he would have to approach things differently leading into the next season,  “I was really fortunate to have Shannon Rollason as our Head Coach here (Australian Institute of Sport) for many years,” Fowlie told SwimSwam. “One of the things that Shannon did is he sat me down and had a bit of a word with me and said look the most important thing right now is your relationship with Alicia.”

“If she finished after London that would be great, it would be a great career, 16 international medals in three years. He said the most important thing is whenever it ends, it might end this year, she might get to the next Olympics you don’t know, but it is to have a good relationship with her.”

“That has really been at the forefront of my mind.”

After working along side Shannon Rollason and seeing just how difficult it was for Jodie Henry after her success at the 2004 Olympics he knew that he was going to have to be creative to help Coutts regain her focus and her motivation, ”

“We did a few things with her, the first was getting her to recognize that there is not going to be the same emotion and drive starting off another Olympic cycle,” explained Fowlie. “It does feel different and to recognize that.”

Even with that awareness and a great start to the new season Coutts faced some challenging times that Fowlie was prepared for, “She started off really well and than she hit this rough patch that you knew was coming at some point.”

That is when she got a chance to gain some insight from a childhood hero, “When Alicia was a kid growing up she looked up to Susie O’Neill and she won the Susie O’Neill award for the Queensland Swimmer of the Year, so she got to go up to Queensland and catch up with Susie and have a coffee with her. This was back in November.”

“She managed to sit down with Susie and I got her to ask her what it was like for Susie after 1996. Susie told her that it took her almost three years to feel motivated again and that was coming into a home Olympics.”

“I think she really got a lot out of talking to her hero growing up and one of the things that we have been talking about doing is being professional and getting the job done, getting the work done, but recognizing that there isn’t that same emotional aspect.”

Something that is extremely important to Coutts and has been something that motivates her is giving back to the community, which is something that she had to to do less of going into London, “Going into London we really had to say no to a lot of things, different awards nights or visits to schools and things like that. It was time out of training and that had to be the number one priority. But now we have really tried to get her to use those kind of experiences to help her drive her motivation.”

Fowlie shared a story of how Coutts has become close to a family of nine, “There is this great family, the O’Meara’s,” said Fowlie. “Last year before Olympic Trials we went down to this small town on the coast and we trained there for four or five days. Alicia got to meet this family, the O’Meara’s and they have seven girls that are all under the age of 12.”

“She fell in love with this family. After London when we came back home the mother had got in touch with Alicia, took a long shot to see if she would want to come down to Cobargo (a town of 426 people).”

“They asked her if she would come down and come to their local swimming carnival and hand out some medals, she said yes and went out and stayed the night and visited this family. She jumped in the water and swum some races, did a clinic and did all of these things for the family and hung out in this tiny little town, it was a thrill for the community and it was a thrill for her as well.”

“We have really been trying to make a point of saying yes to anything she can, to get that drive up and really give back.”

Coutts has also done work with the Special Olympics and has worked at the RSPCA animal shelter for the last three years.

Fowlie feels that it was O’Neill who has not only inspired Coutts in her swimming career, but her effort to do the same for many young swimmers in Australia, “That was the whole thing with Susie and Alicia, when she was a kid she went up to Susie O’Neill and asked for her autograph and Susie gave it to her and that was the moment of inspiration for her. Susie has been her hero since she was 10 years old.”

“It is amazing the smallest thing that you do that you think is inconsequential for a kid or somebody else they will remember for the rest of their lives.”

All photos are courtesy of Swimming Australia and Delly Carr