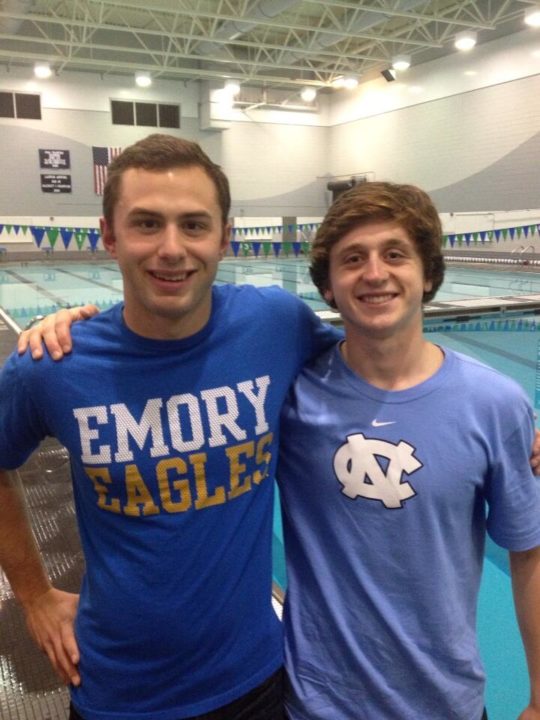 Division III recruits usually aren’t given any particularly special attention when they commit to a school – but that’s at least in part because many DIII athletes spend four years developing into swimmers that turn heads. Cooper Tollen from the Central Bucks Swim Team might be a bit of an exception to the rule. What makes Tollen noteworthy? How about a 56.83 100 breast coming into college? That time is a bare .3 from the NCAA cut line from last year. With a year of collegiate training under his belt, who knows what Tollen might be able to do.

What might be more interesting to watch in Tollen could be the development of his 200. With a training partner like current Eagle sophomore Andrew Wilson (55.44 in the 100 breast and 2:01.46 in the 200), maybe Tollen will be able to lose some time from his current best of 2:11.22. Either way, in Tollen’s commitment to the Eagles, Emory is getting some more much needed depth in the breaststroke, after the graduation of two senior qualifiers at the national meet.

Tollen is from Dresher, Pensylvania where he attends and competes for Upper Dublin High School.

Whether this is actually noteworthy really depends on whether or not Cooper improves his senior season. A 56 breastroke recruit is no longer rare in d3 and several recruits each year come in under qualifying times in various events.