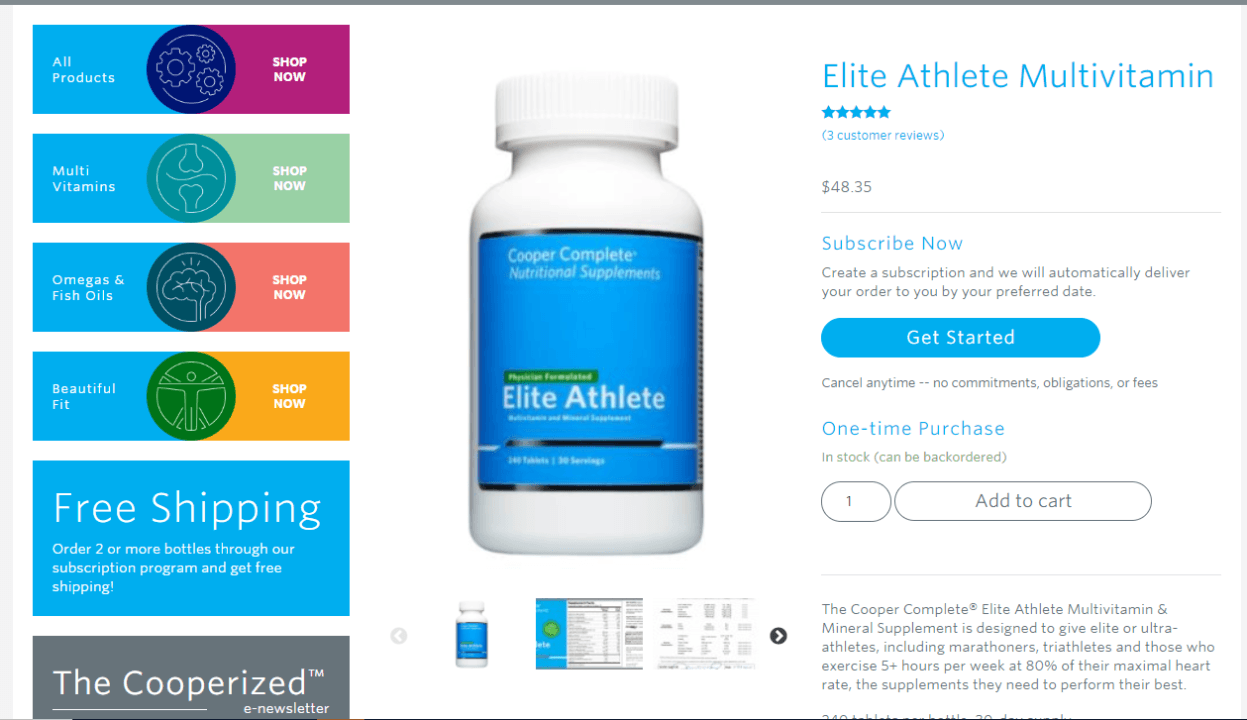 The Cooper Complete Elite Athlete Multivitamin is no longer available for sale on its website after it was blamed for a failed doping test.

Cooper Complete Nutritional Supplements has pulled the Cooper Complete Elite Athlete Multivitamin from its website. The supplement is the one that American National Team swimmer Madisyn Cox has blamed for a positive doping test earlier this year.

The multivitamin (current page here, archived version here) is no longer available for sale on the company’s website.

“The Cooper Complete® Elite Athlete Multivitamin & Mineral Supplement is designed to give elite or ultra-athletes, including marathoners, triathletes and those who exercise 5+ hours per week at 80% of their maximal heart rate, the supplements they need to perform their best.”

The company still lists 8 other products on its multivitamin page, along with a number of other nutritional supplements.

Cox was originally suspended in July for 2 years after testing positive in an out-of-competition screening for trace amounts of Trimetazidine, which is not approved in the United States. Cox initially suspected that it was caused by contaminated tap water, but further testing showed that a nutritional supplement (which she says she’s been taking for 7 years and has listed on her doping control forms) had trace amounts of the same substance – which wasn’t listed on the label. After presenting her evidence in front of the Court of Arbitration for Sport, her suspension was reduced to 6 months.

That supplement was the Cooper Complete Elite Athlete multivitamin.

When her suspension was first reduced, we asked Cox if she intended to pursue a civil case against the company, she said that “we are currently taking everything one step at a time,” and was non-committal on any legal action.

Olivier Leroy contributed to this report.

Lawsuit needed…financial settlement at a minimum.

Where is everyone with the pitchforks???

If this was Sun Yang or Efimova people would be going crazy!

This seems to support her explanation or why would they pull the product? They probably need to test all their products.

There is a bit of a double standard here, because this explanation wouldn’t be accepted with other athletes.