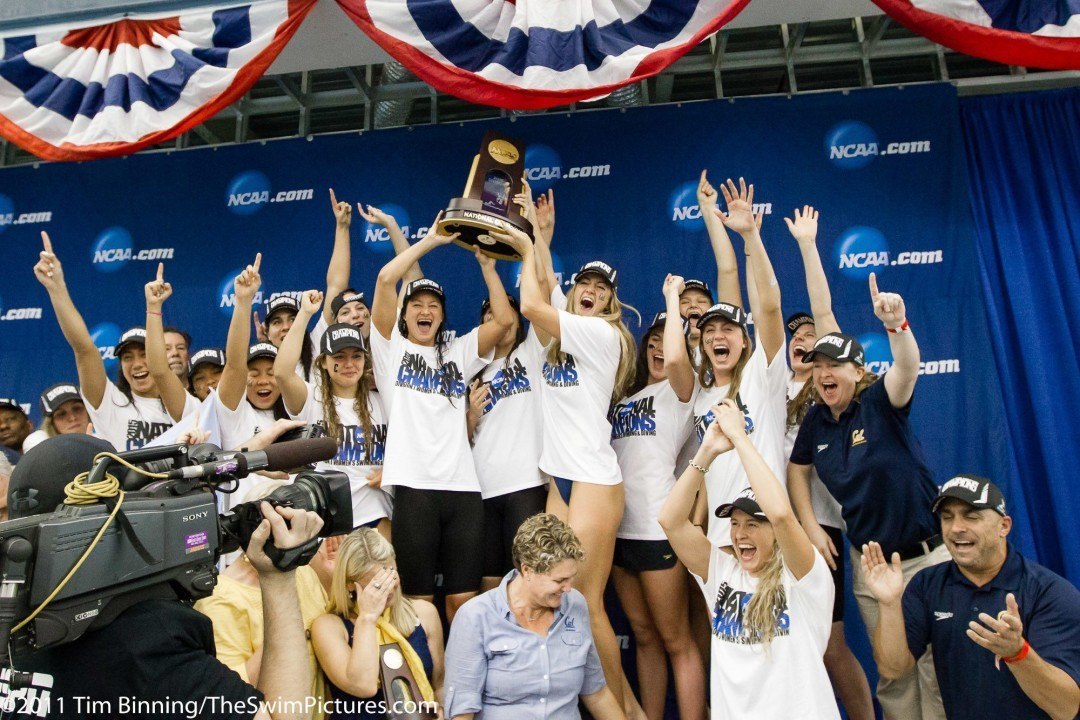 The University of California Golden Bears have won their first NCAA Championship title since 2012, taking down both Georgia and Stanford to win with 513 points. Current photo via Tim Binning/TheSwimPictures.com

The University of California Golden Bears have won their first NCAA Championship title since 2012, taking down both Georgia and Stanford to win with 513 points.

Cal was absolutely dominant throughout the competition grabbing a total of four individual NCAA titles and taking gold in the 4×200 free and 200 medley relays. Missy Franklin was a huge part of the effort, taking home three individual NCAA titles as well as an American record in the 200 free where she became the first woman ever to break 1:40. Franklin was also just shy of the American record in the 200 IM and the 200 back.

Rachel Bootsma took home a title in the 100 back clocking in at 50.03 for the third fastest 100 back of all time. That swim re-established herself as one of the best backstrokers in the nation.

Cal, led by head coach Teri McKeever, is one of the top teams in the country and boasts both stars and overall depth. Cal showed absolute perseverance in their determination to establish themselves as the top team in the NCAA, and every swimmer on their roster helped to make the dream come true. Here is the full roster as it appears on the Cal athletic site:

I was about to comment that Cal will be hurting real bad after the class of 2016 graduates, but then I remembered they recruited 4 of the top 5 high school swimmers this year.

Congrats to the Bears, relays really contributed to this 4th title.