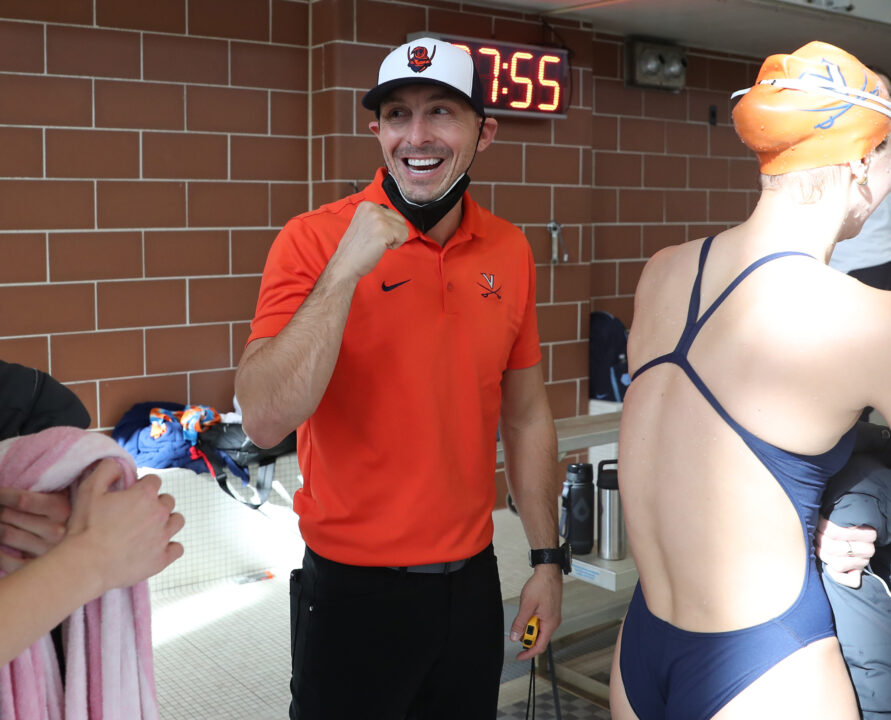 University of Virginia head coach Todd DeSorbo led the Cavalier women to a sensational performance at the ACC Championships earlier this month, earning him Competitor Coach of the Month honors.

On the women’s side, the Cavs won their third straight conference championship title with 1,418.5 points, fending off the NC State Wolfpack (1,347) on the final day by winning four of the five swimming events to close things out.

In addition to it being the team’s third win in a row, it’s also the UVA women’s fourth under DeSorbo, having also claimed the title in 2018.

Knowing that the team still needs to perform at its best in the upcoming NCAA Championships, DeSorbo led the UVA women to new American and U.S. Open Records in the 200 free, 200 medley and 400 medley relays, while setting a new conference record in the 400 free relay and a new meet record in the 800 free relay.

Overall, UVA won 14 of 18 swimming events on the women’s side at the meet.

In just over two weeks, DeSorbo will lead his Cavalier women into battle as they defend their NCAA title, and given how they performed at ACCs, it appears as though they’ve got a great chance to do so.