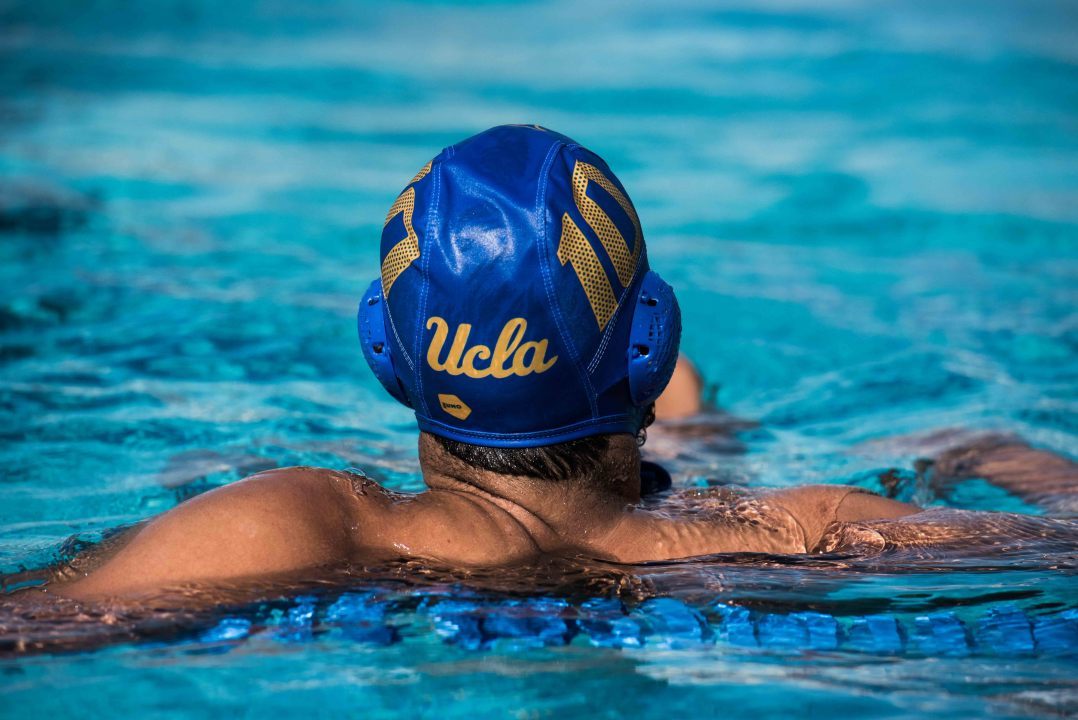 The two-time defending National Champion and Preseason favorite Bruins lead the Men’s Varsity Top 20 balloting and become a unanimous top selection this week.  Whittier College is also a unanimous No. 1 selection as the Poets retain their position on top of the Division III Top 10 Poll through the first seven days of intercollegiate varsity competition.

The 2014 and 2015 National Collegiate Athletic Association (NCAA) Champion Bruins of the University of California-Los Angelesbecome the undisputed top team in the nation in acquring 100 points to rate as a unanimous No. 1 selection in the 2016 National Men’s Varsity Top 20 Poll thorugh games of September 5.

The Top 10, however, does experience some minor changes as Pepperdine University (55 points), which was tied with Princeton University at No. 11 in the Preseason voting, slips into the upper-echelon of the poll to take over at No. 9.  Pepperdine’s rise forces former No. 9 the University of California-San Diego (53 points) back one position to No. 10.

Princeton (51 points) holds on at No. 11 with fellow Ivy League/Northeast Water Polo Conference (NEWPC)/East Coast institution Harvard University (49 points) moving up to No. 12 after ranking at No. 14 in last week’s Preseason Poll.  Former No. 10 the University of California-Davis (43 points) slips back to No. 13 with Brown University (39 points) inching back one slot to No. 14.

The United States Air Force Academy (25 points) stays at No. 15 with Bucknell University (24 points) jumping two places to No. 16.  California Baptist University (20 points) remains locked in at No. 17 while the duo of San Jose State University (10 points) and Loyola Marymount University (7 points) breaking into the Top 20 at No. 18 and 19, respectively, after receiving votes in the Preseason voting.

The Poets of Whittier College (100 points) become a unanimous No. 1 selection in the 2016 National Men’s Varsity Division III Top 10 Poll through games of September 5.

Whittier, which had 96 points to top the Preseason Poll last week, leads a Division III Top 10 which experienced radical changes following the first week of competition.

Claremont-Mudd-Scripps Colleges (95 points) takes over at No. 2 with the University of Redlands (88 points) climbing up to No. 3 as the pair were rated at No. 3 and 4, respectively, last week.

California Lutheran University (67 points), the University of La Verne (60 points) and Occidental College (45 points) remain at No. 8-to-10 in concluding the Top 10.

One week into the 2016 season and the Mid-Atlantic Water Polo Conference (MAWPC) has a new No. 1 team as Bucknell University rises to the top of the league’s Top Five through games of September 5.

George Washington (94 points) follows Preseason runner-up Bucknell up the rankings as the Colonials jump two places to take over at No. 2.  Navy (91 points) remains at No. 3 with Johns Hopkins (86 points) dropping to No. 4 and Fordham (65 points) hanging on at No. 5.

2015 Collegiate Water Polo Association (CWPA) Champion Princeton Universityis once again narrowly the No. 1 selection in the Northeast Water Polo Conference’s (NWPC) Top Five as the Tigers hold onto the top position after a week of action by one point.

Princeton, which topped Brown 95-94 for the No. 1 spot in the Preseason rankings, increases its point – but not its lead – in edging out Harvard by a 97-96 count after the opening weekend of competition.

Harvard, which was ranked at No. 4 last week, moves in front of Brown (92 points) and St. Francis Brooklyn (85 points) to stand on the cusp of achieving top billing in the new league.  MIT (48 points) completes the Top Five.

Congratulations to the Bruins! I hope the Athletics department see the wisdom of resurrecting the men’s swimming team soon.