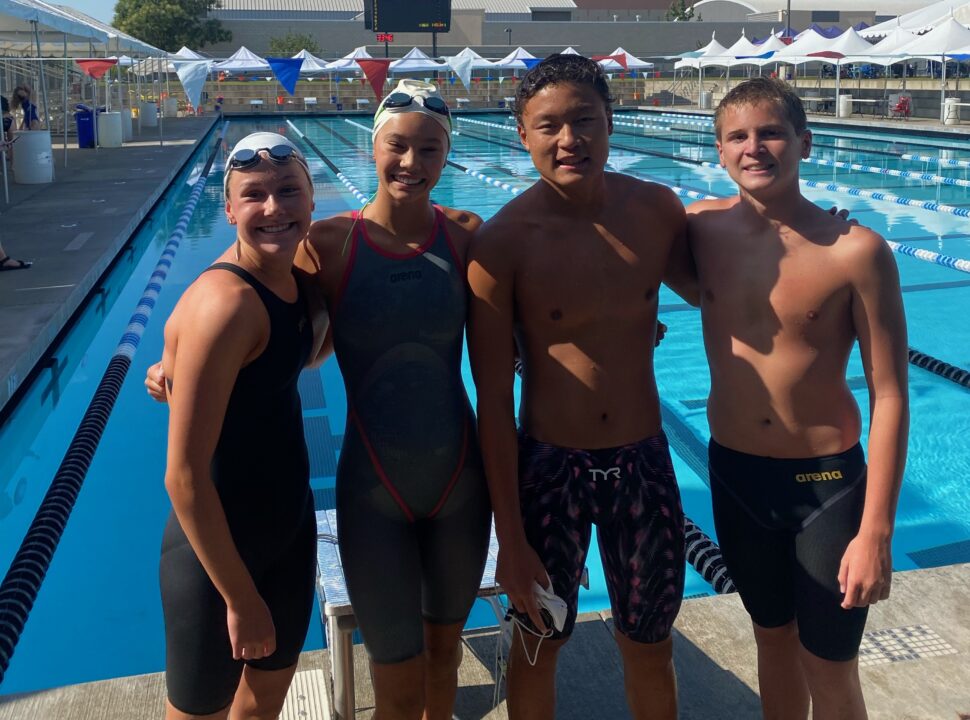 Swimming in a closed time trial at Clovis North High School, the relay of Jake Salcedo, Winston Liang, Audrey Hill, and Rowyn Wilber combined for a time of 1:55.34. That swim takes more than two seconds off the old record of 1:57.56 that was set in 2021 by Metro Aquatic Club of Miami.

Liang’s breaststroke split was a real difference maker for Clovis. There were no individual events at the closed time trial, but the rising high school sophomore ranks 10th in the US among 13-14s this season in the 100 meter breaststroke with a 1:07.55 from late June.

USA Swimming first began recognizing mixed relay NAG records in September of 2018, so the records are all relatively recent. The recognition of records, along with the inclusion of a mixed medley relay at the Olympics, has brought a lot more focus to these races at the age group level as well. That has resulted in a rapid run at the national age group marks over the last few years.

CSC bringing the heat with this record! Way to represent