Chris Webb to Transfer to Tennessee at Semester 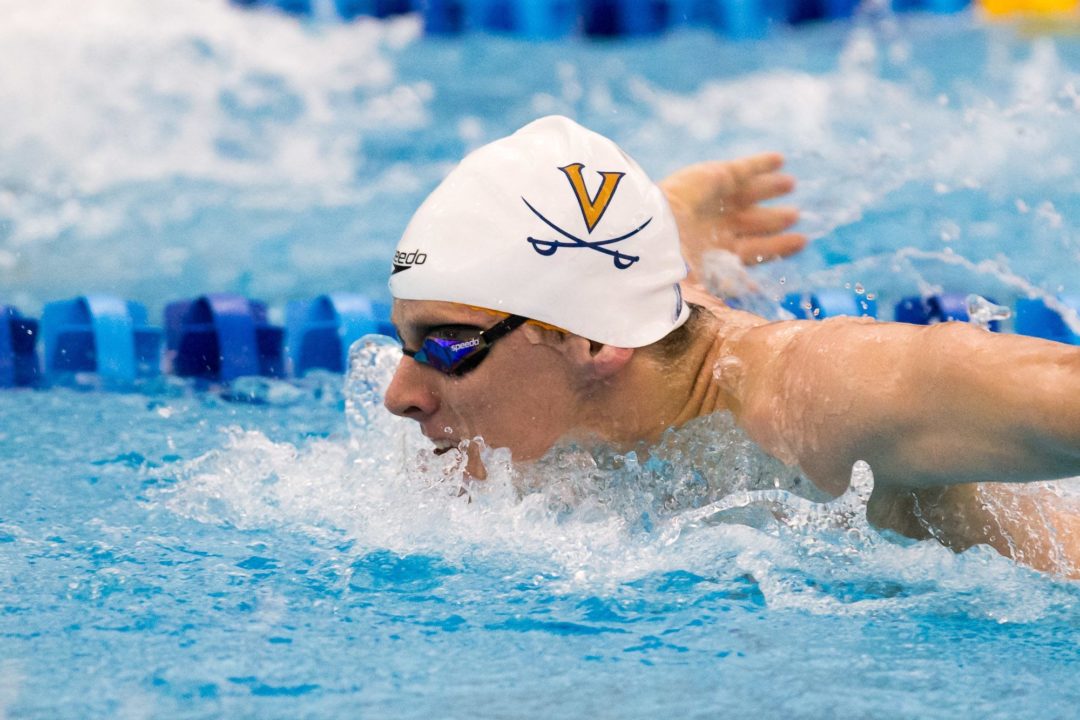 Chris Webb will transfer from Virginia to Tennessee at the semester, though a decision has not yet been made on whether or not he will compete this season. Current photo via Tim Binning/TheSwimPictures.com

Chris Webb, who left the program at Virginia earlier this year, will transfer to Tennessee. He will arrive in Knoxville in January, though no official decision will be made as to whether he will begin competing in the 2013-2014 season, or wait until the fall.

While the SEC will be a notable step up in depth in his best races from the ACC, he could still swim his way into the A-Final in both the 500 and 1650 in his first season in the conference, whether that be this or next.

Tennessee, meanwhile, didn’t have anyone finish in the top 12 of either race at last year’s SEC Championship meet, but this is a Tennessee men’s team that is remaking its profile under the watch of Matt Kredich in his staff: a staff that includes Tyler Fenwick, one of the country’s top distance coaches, so the Volunteers’ distance program will be better in the future.

This kid did not just decide to “leave” Virginia. Wow. Life goes on. Wish him well. He is a talented kid.