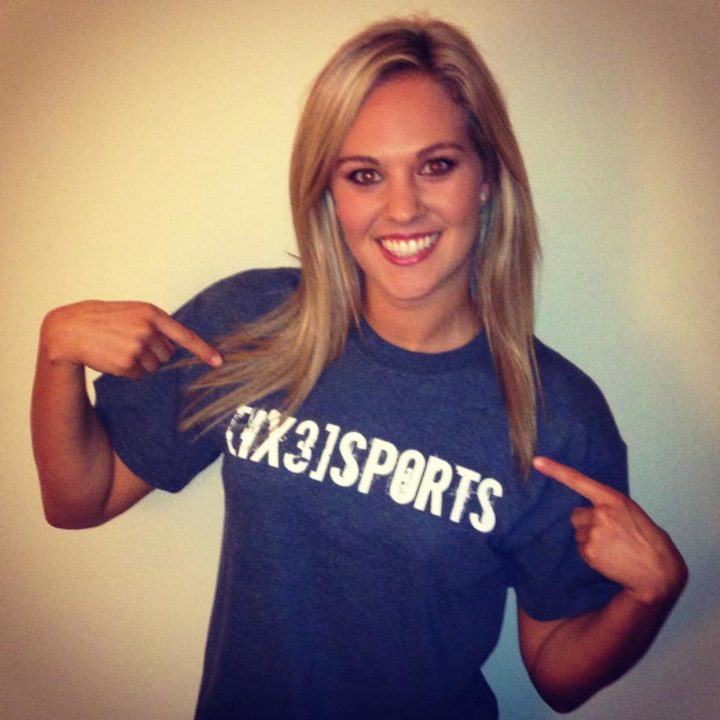 United States National Teamers Ashley Twichell and Chloe Sutton both announced today that they would be joining the iX3Sports team that trains under John Payne at the Triangle Aquatic Center in North Carolina. Payne is the owner of IX3Sports and also the head coach of the TAC Titans, and has worked as a staff member of USA Swimming’s National Open Water Select (2011-2013) and National Select (2011 & 2012) camps.

They will join Charlie Houchin, who had a huge summer of competition that saw him drop eight-tenths of a second and make the American 800 free relay and go his first best-time in the 400 free in three years with a 3:47.16. Houchin was the kick-starter of the club last year, though at the time he trained with Sergio Lopez at Bolles in Florida.

Twichell, meanwhile, didn’t make the World Championship Team in open water after her breakout year in 2012, but she did travel to Kazaan, Russia as part of the World University Games team, where she dominated the open water 10km race.

TAC sent one open water swimmer to Nationals: Ashlyn Butkowski, who was 19th at the Open Water National Championships in the 5km race at just 14. In the pool, their star is Hannah Moore, who was a finalist in the 200 and 400 IM’s at the 2013 World Championship Trials.

“Once a nadador, always a nadador,” Sutton said in a Facebook post, “but after 6 amazing years with MVN, I have decided to make a change in my life and I will be moving to Raleigh, NC. I’m now going to be training with [iX3]sports at the Triangle Aquatic Center under Coach John Payne. Though I’m sad to be leaving the Nadadores, I am so excited about this new opportunity and all of the amazing things that I have ahead of me!”

Somebody has to explain this one to me.

Sutton grew up as a military brat,(It’s not a negative term) and six years is probably the longest time by far she’s ever lived in one place in her life. Could be she’s just felt like it was part of the normal cycle of things to be Somewhere Else at this point in her life, and NC seemed to be a decent fit.

What a great move! [IX3] Sports and the TAC Titans are one of the fast up and coming stars in the entire country! Good luck to Chloe, Ashley and Charlie! Looking forward to seeing the great results!

These 3 aren’t going to represent Titans and I have no idea what you are talking about when you say Titans are a team to watch out for?! What place were they at Nationals, US Open and Juniors? The team/pool can barely pay their bills each month. The coach has never coached anyone of national or international significance.
Good luck!

They had one girl score top 20 in all 5 of her races at Juniors. 5th in 200 back. She also swam at World Trials.
Their Age Group swimmers also dominated their State Championships….

OH and “they can barely pay their bills”…. WHAT are you talking about? They have close to 600 athletes?

Is there any talk of Bill Rose retiring? Chloe – one can understand as she is now a pool racer. But odd that an open water swimmer would move from MVN to NC (though she did go to Duke). Is there an open water group there at TAC?

coach – there is an open water group there. They had a 14-year old finish 19th in the 5km race at open water Nationals, and Payne has been on the USA Swimming Open Water Select Camp staff.

Payne has been the manager of OW/ Select Camps. He did a great job with airport runs, but he hasn’t produced any of these “elite” swimmers you mentioned.